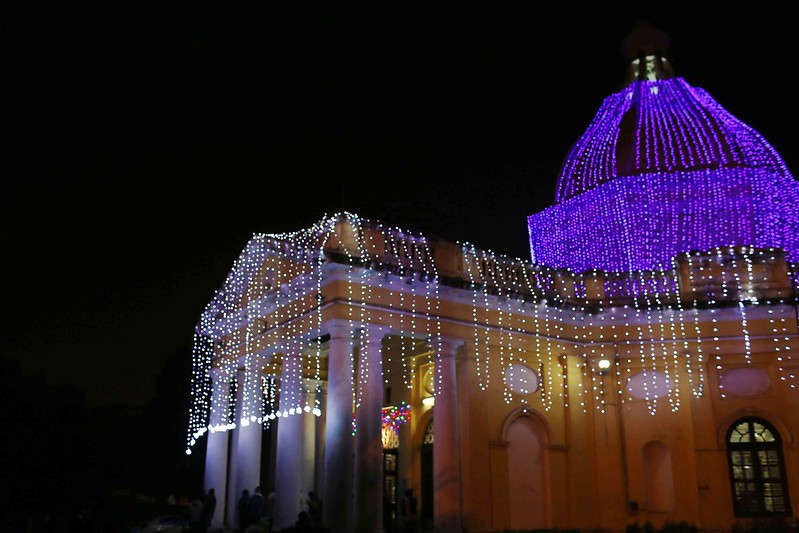 The night sky was not clear enough to show its thousands of stars but the white moon glowed radiantly. That was hardly a comfort.  It was freezing cold.

The Delhi Walla witnessed the arrival of Christmas by attending the Midnight Mass at the historic St James' Church in Kashmere Gate. Till The Cathedral Church of the Redemption came up in Lutyens's Delhi in 1931, St James’ was the viceroy’s church.

The main building was decked with blue and orange fairy lights but the front lawn was immersed in darkness. The entrance was being guarded by gun-wielding cops. The gate was closed. It was utterly quiet as people silently gathered in groups of threes and fours. One man wore a Santa cap. Its pointed top limped like a bent tower. A few young people took Selfies of each other.

The gates opened half an hour before the beginning of the service.

Unlike a few other Delhi churches, where the scale is too majestic, the surroundings at St James' are intimate. It's more like a neighborhood chapel. The dome rests on an octagonal arcade and the circular space under it is where the congregation sits. At 12, the bell rang, and the ceremony started. There were barely a handful of worshipers to begin with. Two priests appeared. Soon more people arrived. Almost all came either with their families or with friends. One elderly man sat alone. There was also a man with a Sikh turban.

Immediately below the communion table is the tombstone of Colonel James Skinner, the military adventurer who gave his name to the church. The son of a Scottish military officer and a Rajput mother, Skinner is known for the two cavalry regiments he raised for the British army in India. In 1800, lying wounded on a battlefield, he vowed to build a church if he survived. St James’ Church was the result. Its front row, once reserved for the Skinner family, is called Skinner’s Pew — you may still run into a Skinner descendant at the church (like The Delhi Walla did a few years ago).

At one stage, as the older of the two priests passionately discoursed on a certain point in his homily, a few children looked bored. One little girl went to sleep. One little boy ran up the aisle. His mother followed him. A woman frowned at the indiscretion.

During the revolt of 1857, when hundreds of Britishers were killed in the streets of Delhi, this church was badly damaged. Its books were destroyed and records burnt. Later, when the British crushed the rebellion, a giant cross was installed in the church garden in memory of the dead.

The night progressed slowly. Passages were read from the Bible; carols were sung. The church was filled up with the soft, barely perceptible, hum of the congregation. This felt more mournful than festive.

Towards the conclusion, the younger priest prayed for our country’s President, Vice-President, Prime Minister as well as for our city’s Lieutenant General and Chief Minister.

The service ended after an hour. The worshipers solemnly greeted Merry Christmas to each other in low voices. A table with a white cloth was set up outside; there were two trays of biscuits, and steaming chai was served in white plastic glasses.

In God we trust 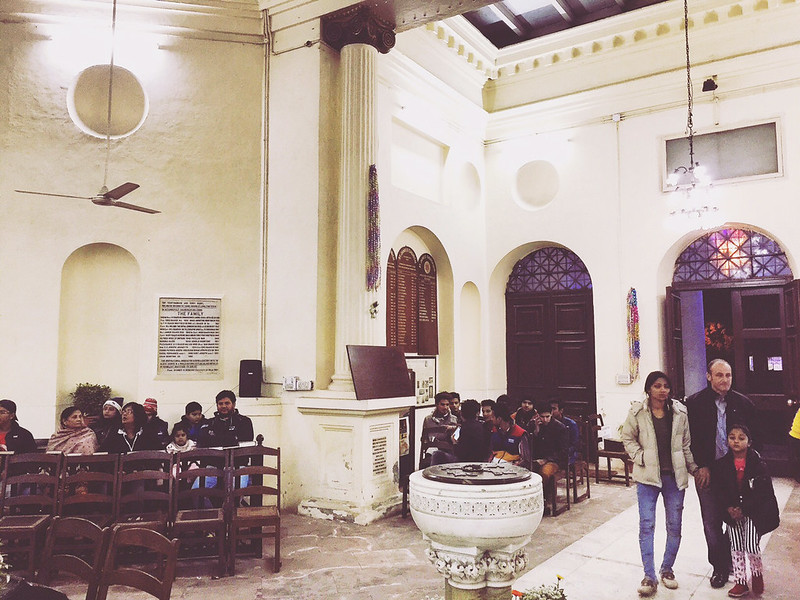 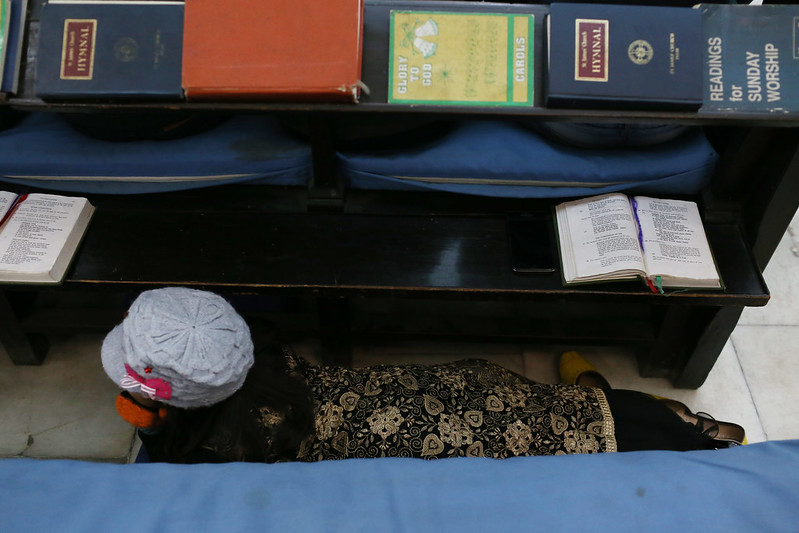 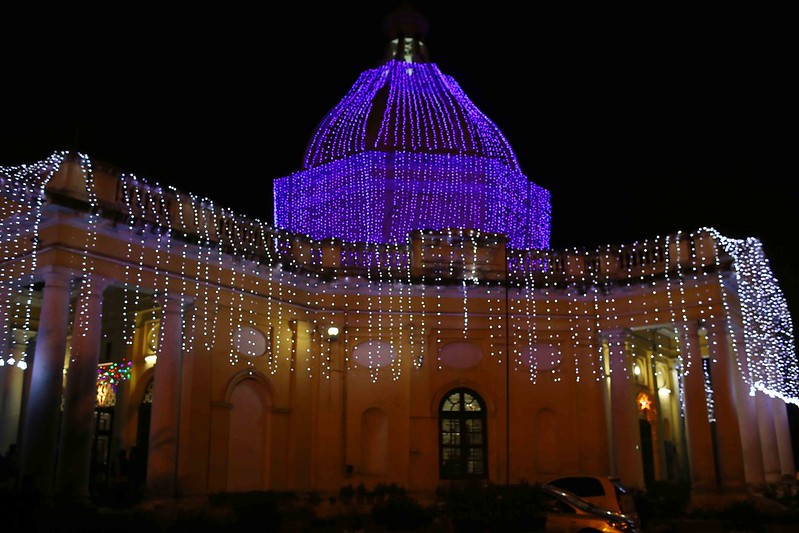 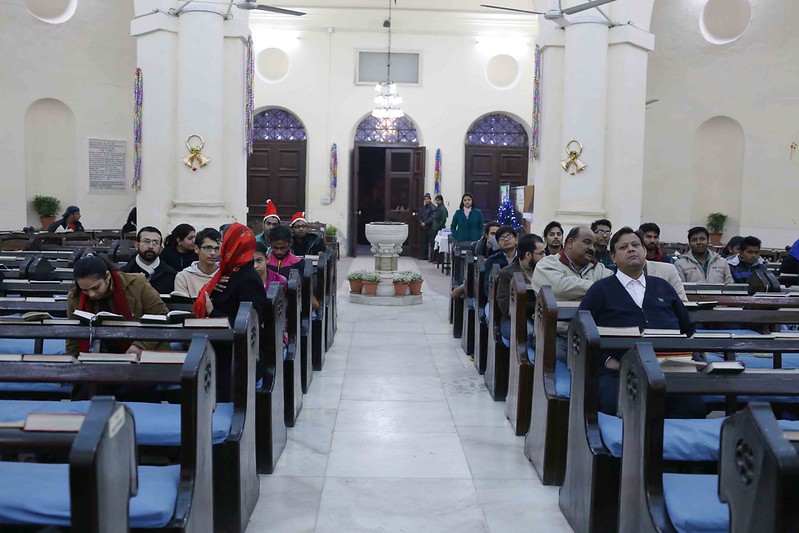 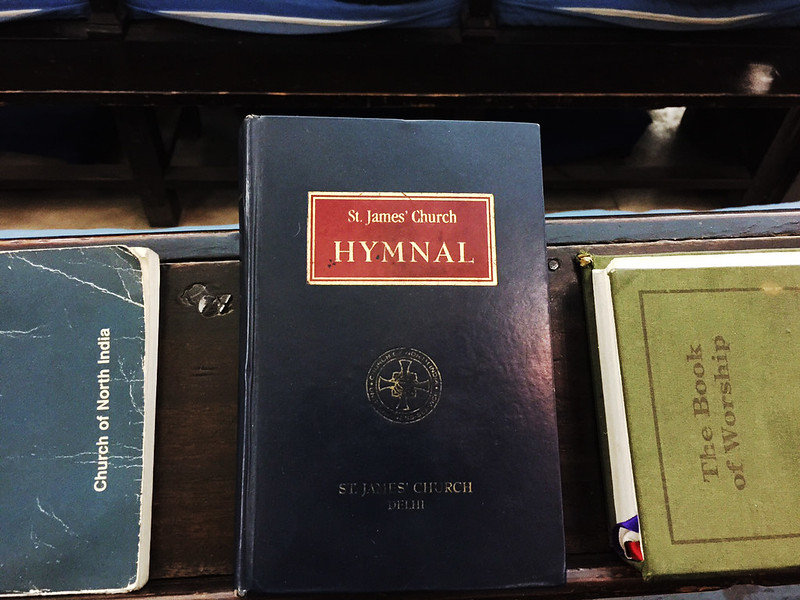 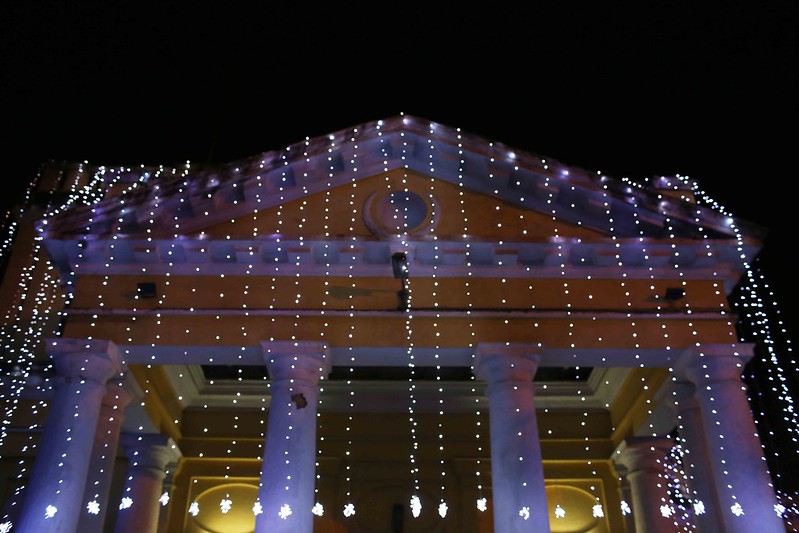 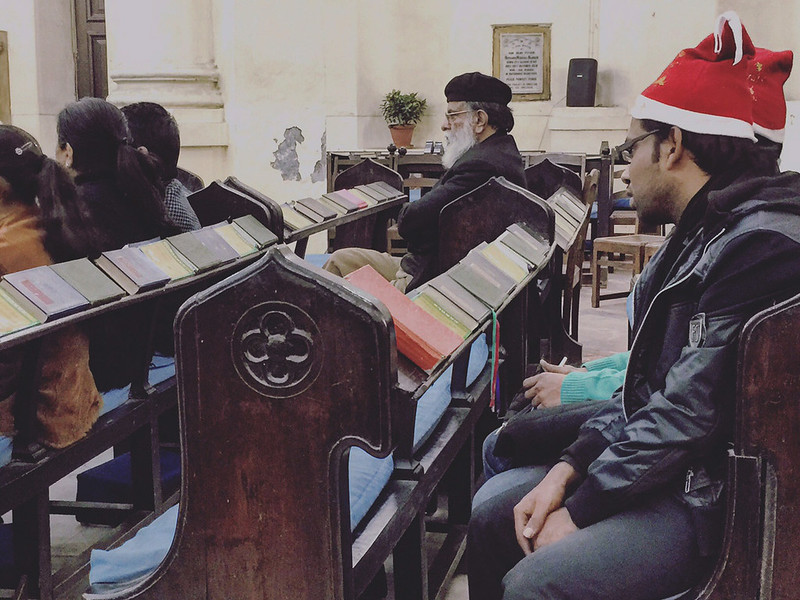 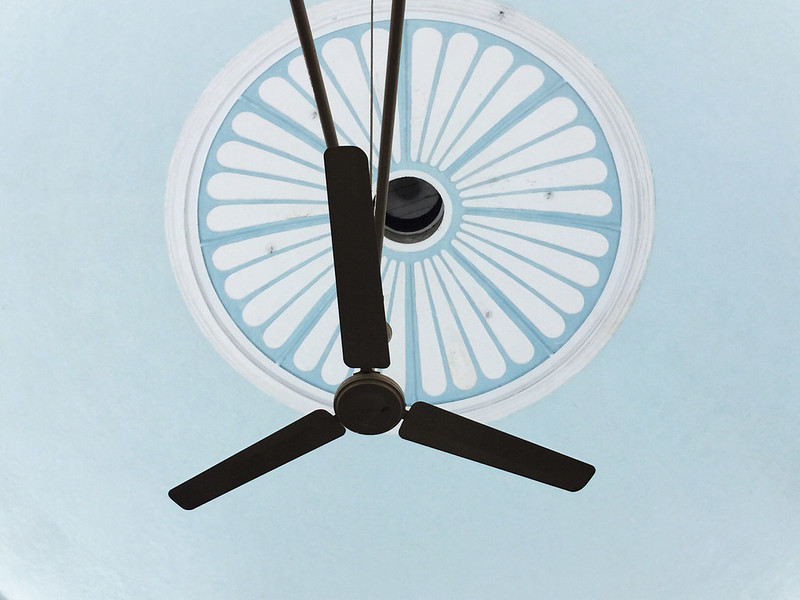 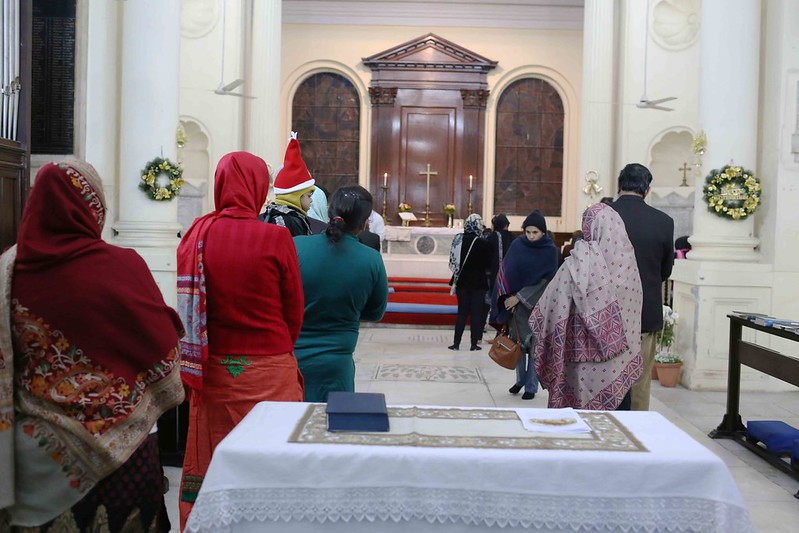 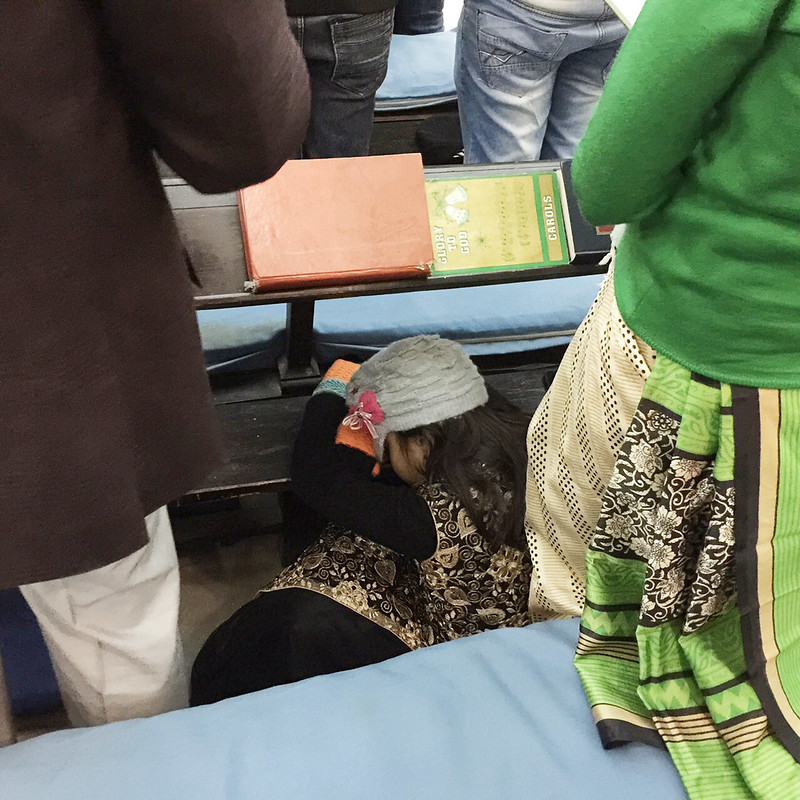