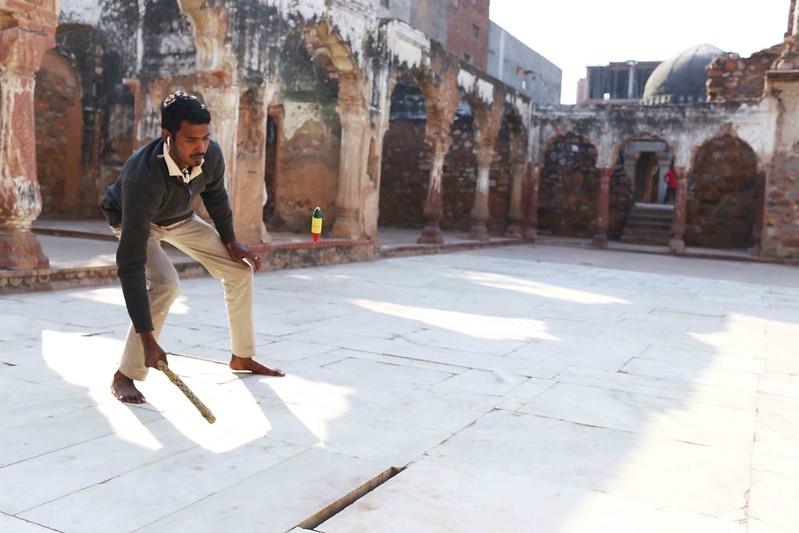 It looks like cricket but it isn't cricket. It is gilli danda, a game not commonly seen on Delhi's streets. Even so, one winter afternoon The Delhi Walla sees a group of young men playing it at Zafar Mahal, a Mughal-era monument in Mehrauli.

The game is not even a part of the Commonwealth Games. The dependable Wikipedia condescendingly calls gilli danda an “amateur sport’ that “is played with two sticks: a large one called a danda, which is used to hit a smaller one, the gilli.”

The players at the Zafar Mahal are all from Mehrauli. They look like college students but actually they are people with working lives. Vaibhav Midha is a dholak player in a music orchestra. Ankit Gosai is a cab driver. Prateek Arora works in a hospital. Mohit Thurkral is a travel agent—he speaks fluent French.

“We play gilli danda only sometimes and that too in the winter,” says one of the players.  Gilli danda, another explains, doesn't have the concept of teams.

A new series starts. The players take up positions around the ruin. One of the young men throws the colorfully-painted gilli towards the man holding the danda. The latter’s danda hits the gilli with such great force that it flies away to a neighboring roof. In other words, it is gone for good. There are groans of exasperation. One of the players is dispatched to a nearby grocer's shop to quickly get a new gilli. Meanwhile, the boys pass the time sitting around an unknown person's grave.

The danda lies forsaken near another unknown person's grave. 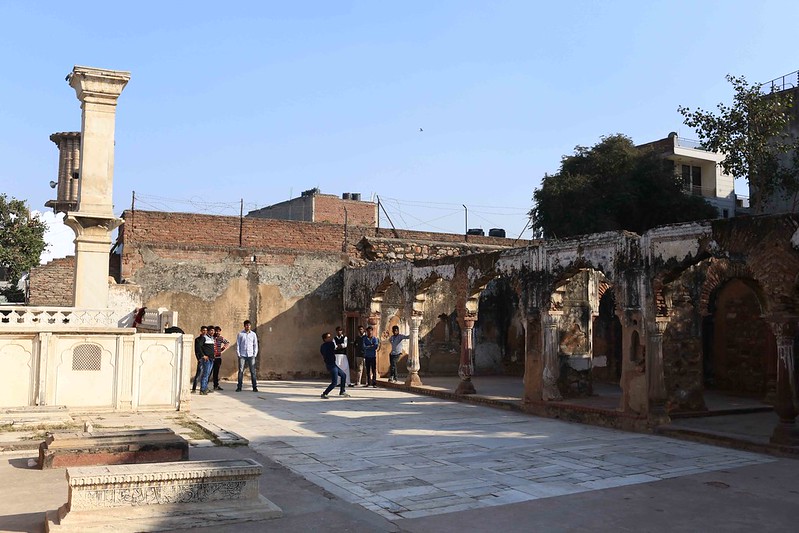 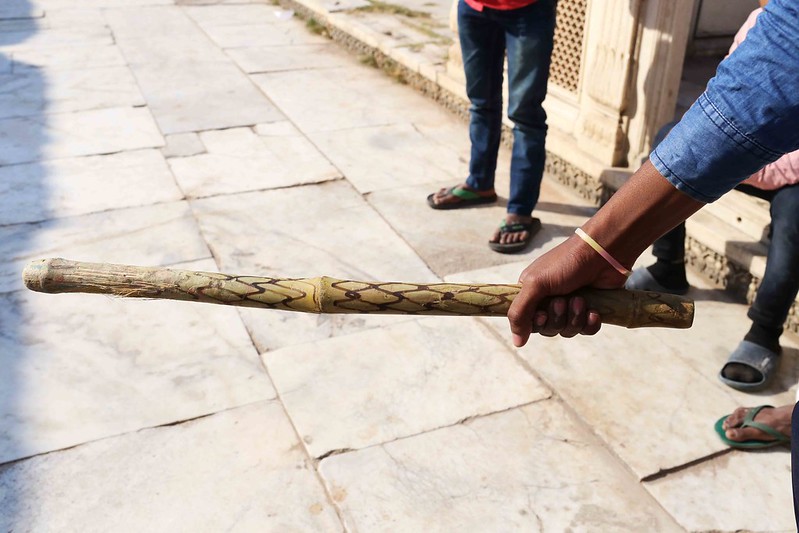 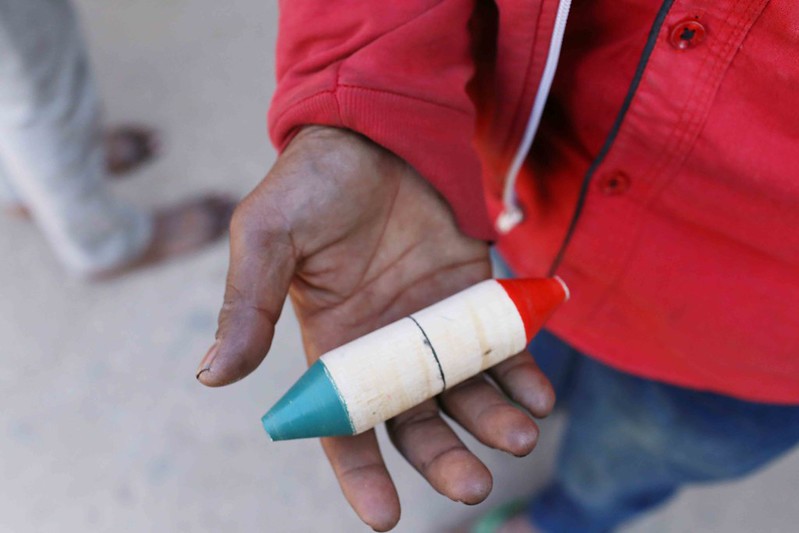 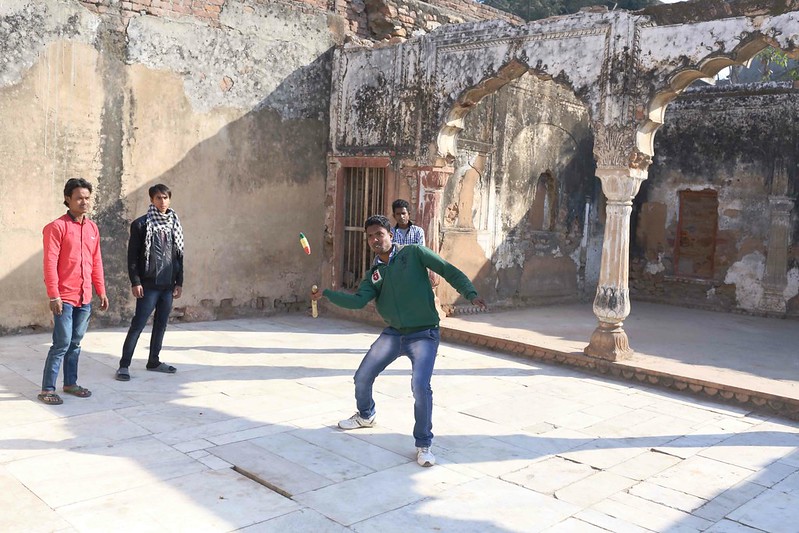 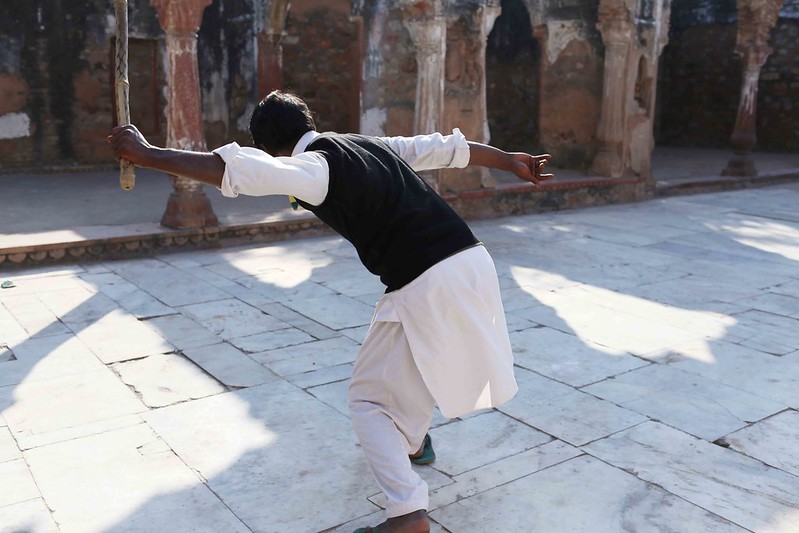 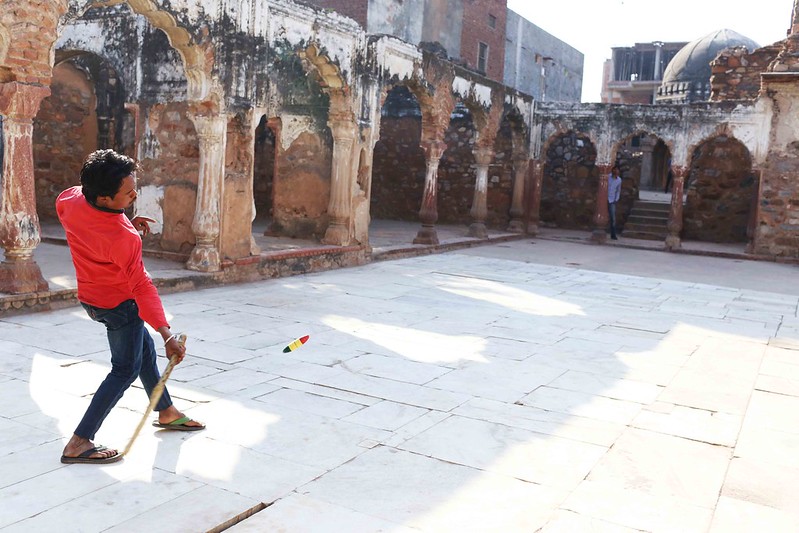 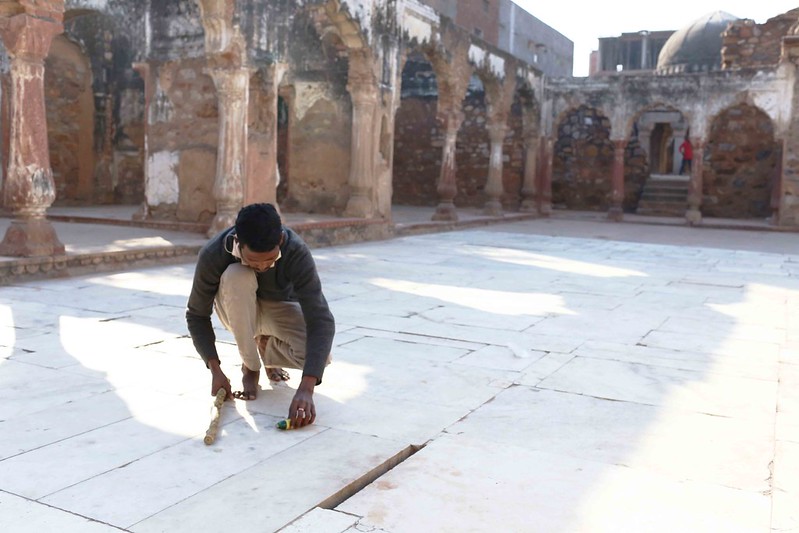