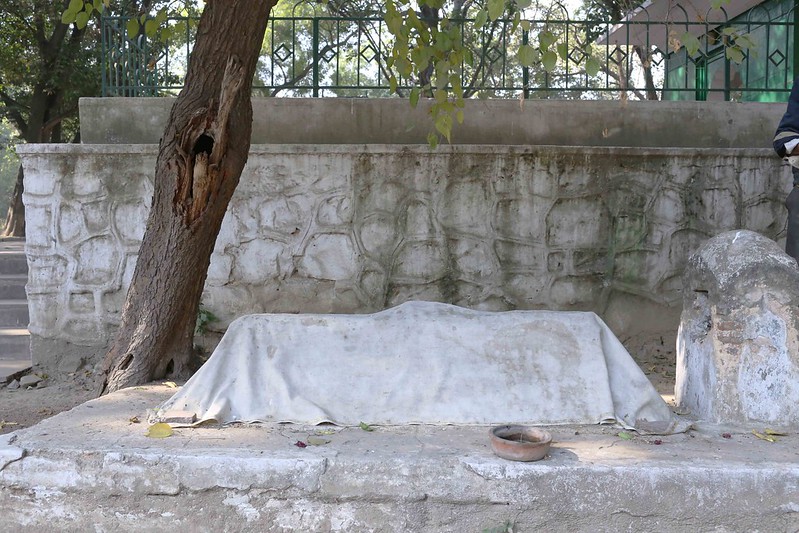 The tomb is covered with a white silk cloth. It’s torn. The paint on the headstone has partially peeled off to expose the bricks within.

One afternoon The Delhi Walla comes across an unknown person’s tomb near the grave of poet Mirza Abdul Qadir Bedil in Central Delhi’s Pragati Maidan.

A small earthen pot stands on the grave’s dust-covered platform; it’s filled with water. There is no one around. Perhaps the water has been kept for birds.

Since there are no inscriptions on the tomb, there is no way of knowing who lies buried here. Delhi has a great number of unknown tombs. Its guidebooks are filled with descriptions of monuments that contain one “unknown tomb” after another. In some ways, the city is like a giant graveyard.  The 5-star The Oberoi Hotel and the adjacent colony of Kaka Nagar, for instance, were built over a sprawling cemetery. Some of these unknown tombs grew to become shrines for people seeking blessings and solace. Others remain forlorn and abandoned like this unknown tomb. In a world oppressed by billions of gigabytes of information, such rock-hard anonymity is a great relief.

Dry leaves, fallen from the tree above, are dispersed around the grave. A white flower is lying upside down, too.  The tomb’s silk cover is lined with a gold-colored embroidery. It looks more like a shroud. Bricks are placed on all the four sides of the cloth to prevent it from going away with the wind.

A few minutes later a fresh green leaf falls down from the tree above and settles into the water pot, which already has a yellowing leaf settled at the bottom. The new leaf floats at the top.

This mausoleum is a symbol of our right to be forgotten after a decent interval of time following our death.

Not long after a strong breeze blows but the tomb remains covered. 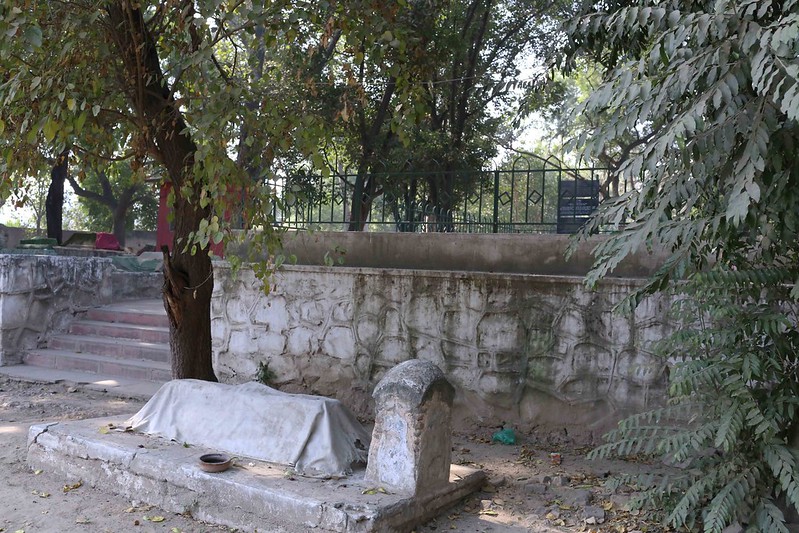 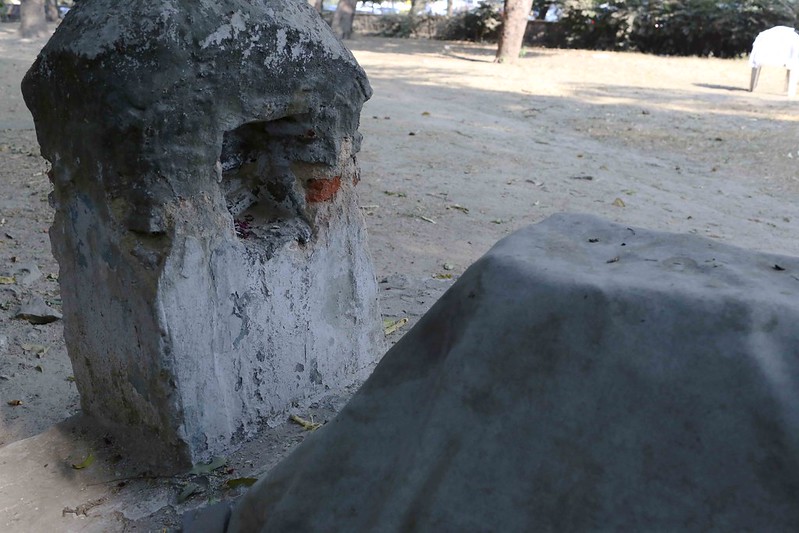 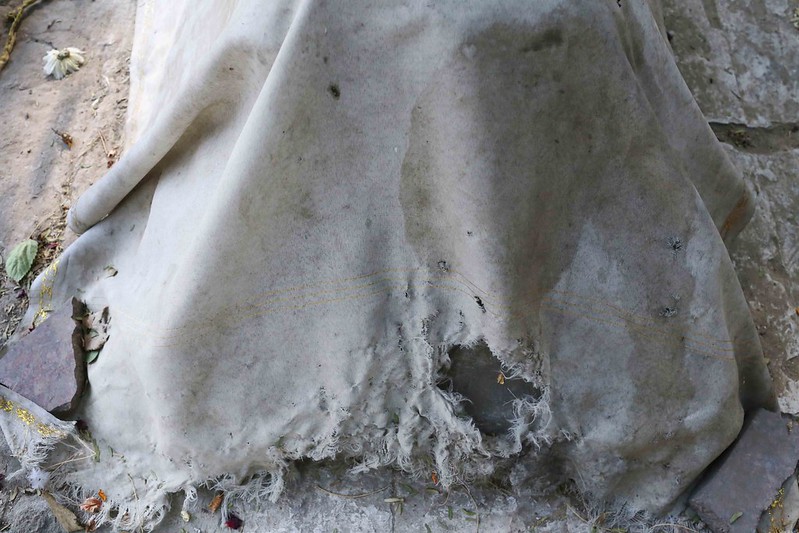 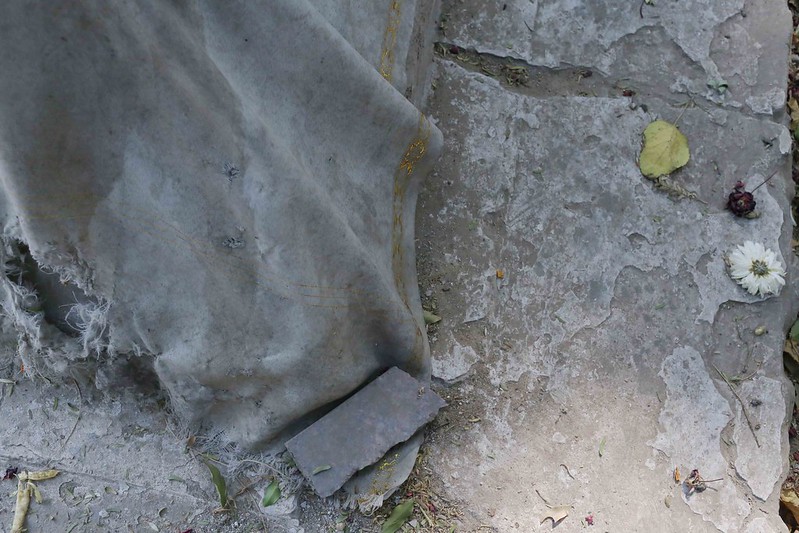 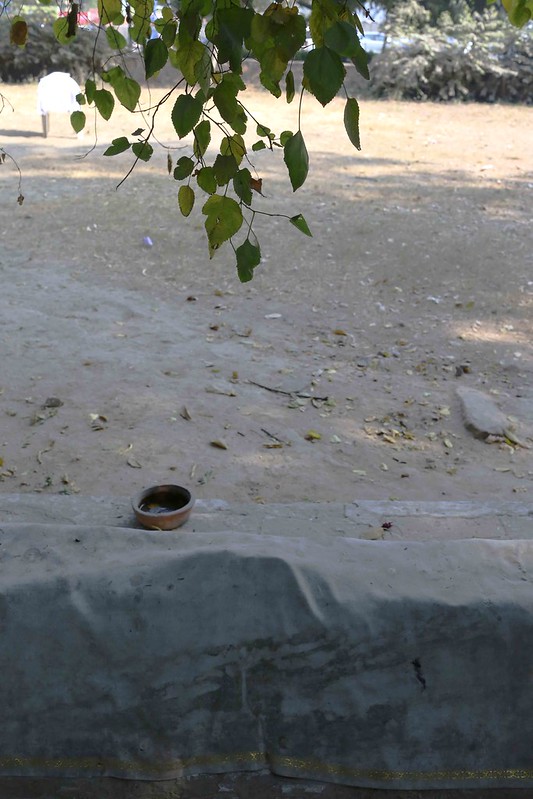 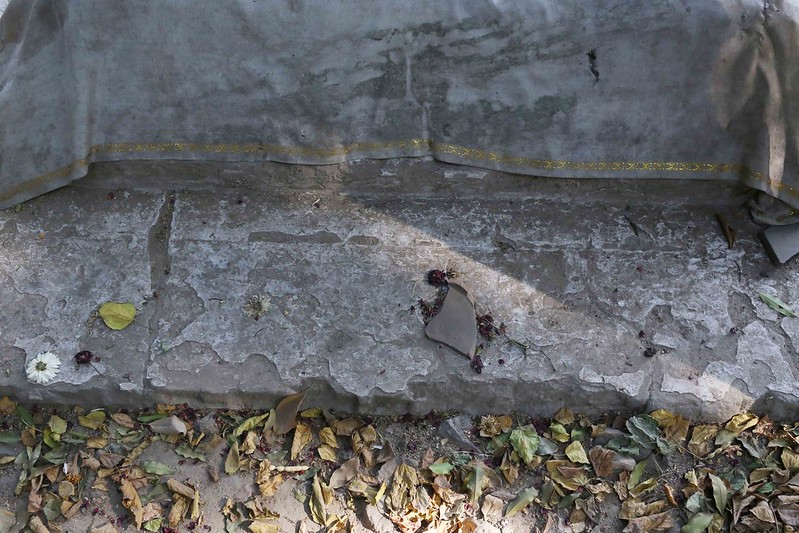 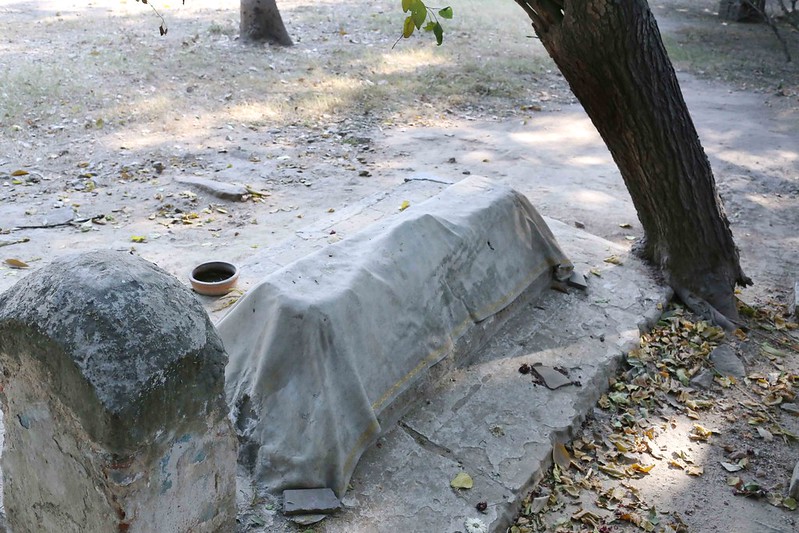