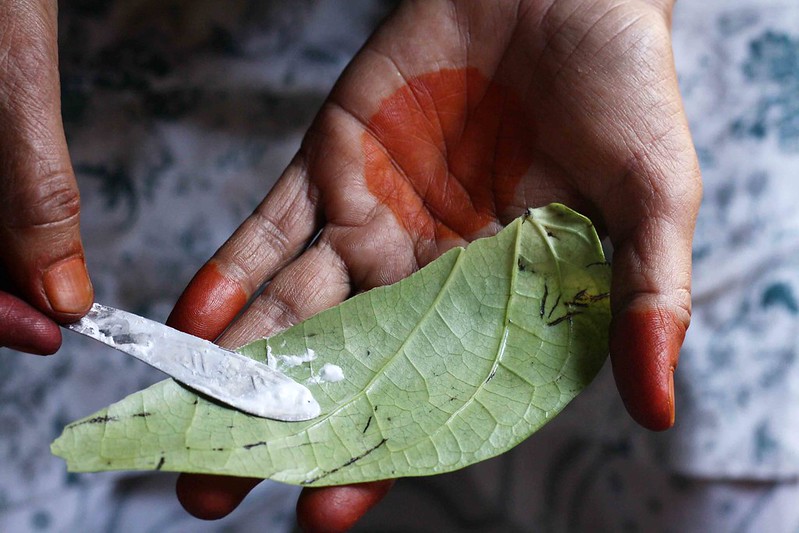 [Digging out old stories from The Delhi Walla]

A foreign art critic visiting Delhi’s Connaught Place may be forgiven for thinking its red-splattered corridors are a form of abstract expression. Although the dirty white pillars of the colonial-era arcade were repainted in time for the 2010 Commonwealth Games, every column is again stained blood red.

If you are looking for a culprit, it’s paan, the edible betel leaf stuffed with supari (betel nut), tobacco (optional), lime paste, catechu and other piquant flavours. The oozing liquid fills up the mouth, and is either swallowed or—as is evident across the city—spit out. In Connaught Place’s F-Block, the wall that was temporarily white after the hasty makeover in 2010 is marked with the red saliva-ridden remnants of paan.

The autorickshaw driver, who is spitting out a mouthful of red fluid at a traffic light on Kasturba Gandhi Marg, sits at one end of Delhi’s paan chain. The source of the operation is Naya Bans bazaar, behind Fatehpuri Masjid in the Walled City, which supplies betel leaf to the entire Capital.

Click here to read the rest of this article originally published on The Delhi Walla in January 2012.
Posted by Mayank Austen Soofi at 3:52 PM