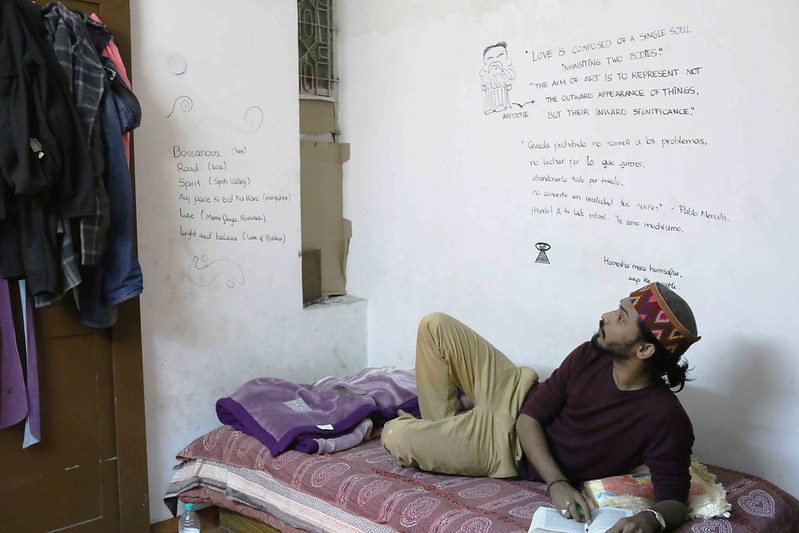 One freezing evening The Delhi Walla knocks on the door of photographer, musician and poet Pratyush Pushkar. His dimly-lit home in South Delhi’s Hauz Khas Village is a minute away from the dream-like monuments of Hauz Khas. One of the domed tombs almost touches his cramped balcony (see photo no. 10 below). But no such sight is to be seen from the windowless bedroom. Here the world has expanded beyond Delhi. Read the bedside wall:

This black marker poetry of place-names was written by a Spanish woman called Sara Sierra. In fact, Mr Pushkar travelled with her to all these places. “Most of the messages on my walls were written by Sara,” he says. Lying on his single bed, he says, “I first met her six years ago in Pushkar (Rajasthan).”

It turns out that Ms Sierra was here recently. She stayed for a month and left three weeks ago. It was not her first time in Delhi with Mr Pushkar.

Presently, however, a traveler from the Balkans is seated in the drawing room. Lighting up a cigarette, Mr Pushkar says, “To be frank, a lot of people have passed through my home but Sara has stayed. She is always here.”

The facing wall, too, has a few lines:

“If I had cut his wings,
He would be mine,
He wouldn’t fly away.
But then,
He wouldn’t be a bird anymore
And me. What I love..
So much it’s the bird.”
-- Taxoria txori—Joan Baez & Mikel Laboa

In some ways, this house has the appearance of an art installation that aims to depict the intimate territory of an urban artist. The corridor that runs past the bathroom and kitchen feels like an exhibition gallery. The wall there is decked with some of the many photographs that Mr Pushkar has taken over the years. In his 30s, he makes his living by giving lectures on “photography, poetry, art, artists and survival” in colleges across India. Mr Pushkar is also the founder-director of Delhi Arts Foundation, which, he says, aims to connect the artists of India and Europe.

The drawing room props include a number of musical instruments. At one point in the evening, Mr Pushkar begins to play daf. He later slouches down on the sofa, and over cigarette smoke, again talks of his friend. “I’m soon leaving for Spain to give a lecture in Valencia. Sara is from that city.”

He looks like as if he is already with her.

Inside an artist's heart 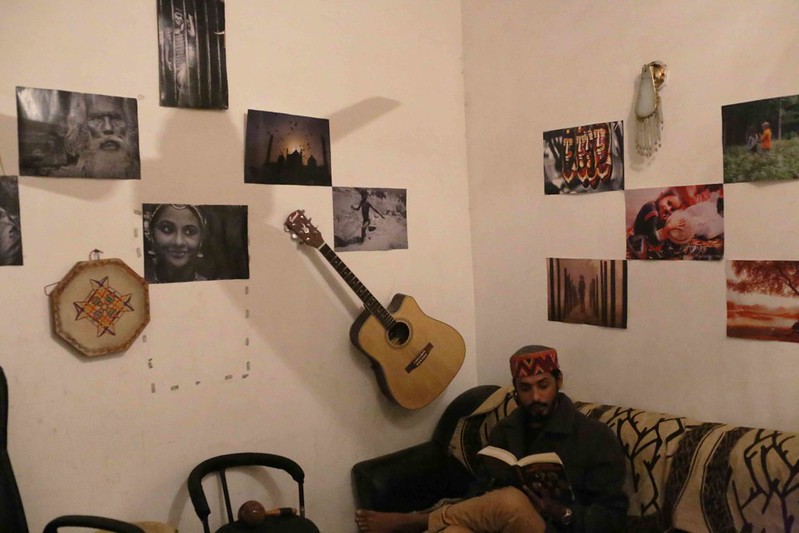 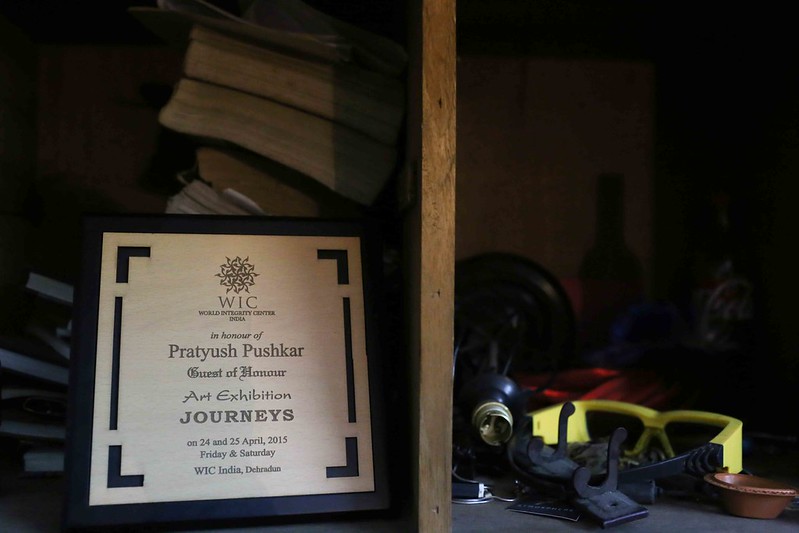 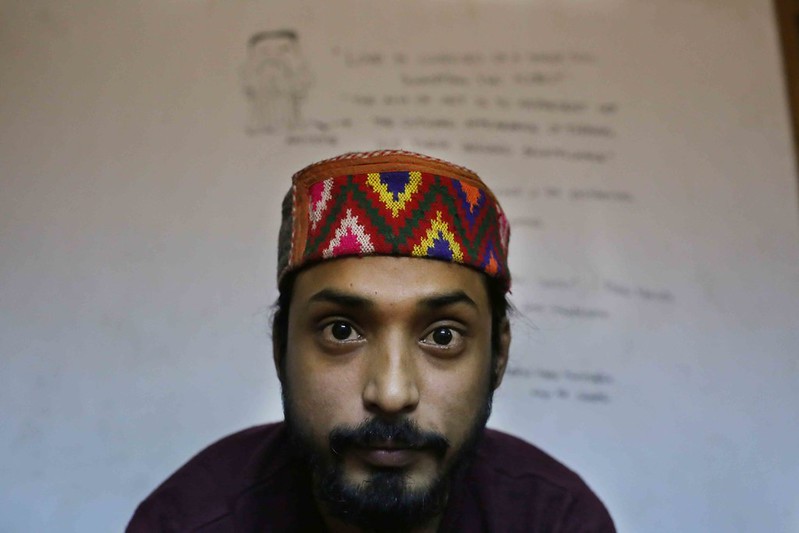 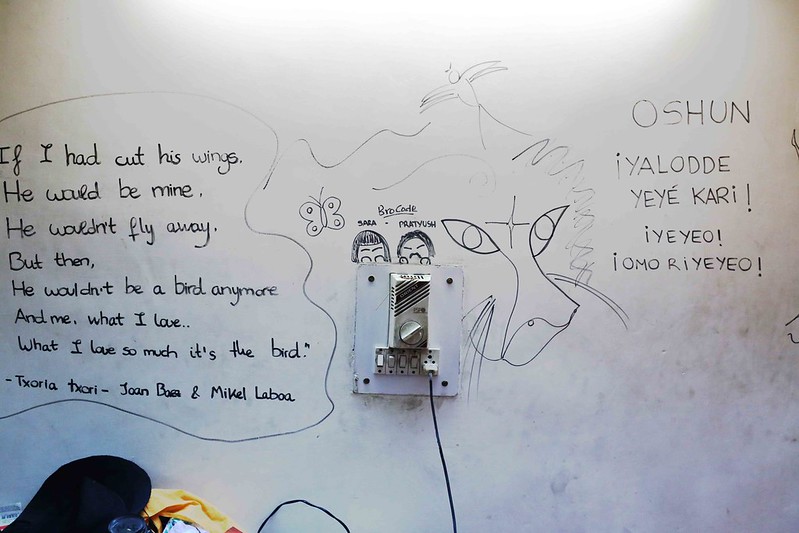 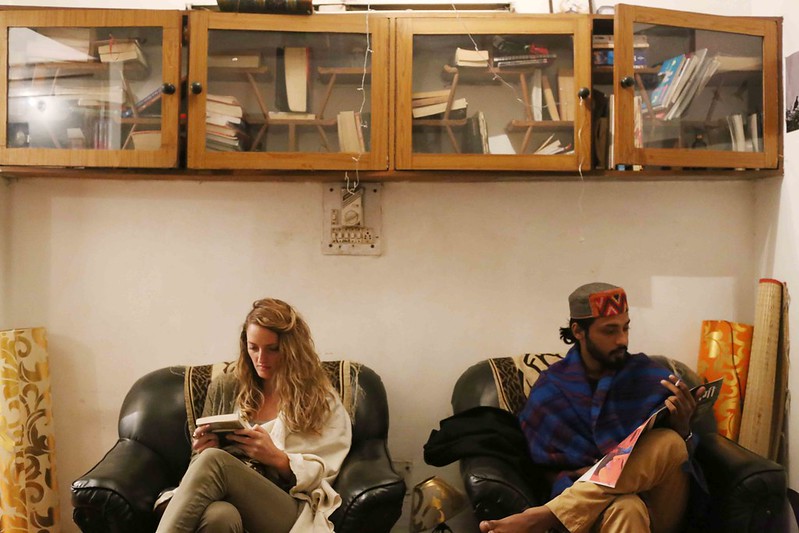 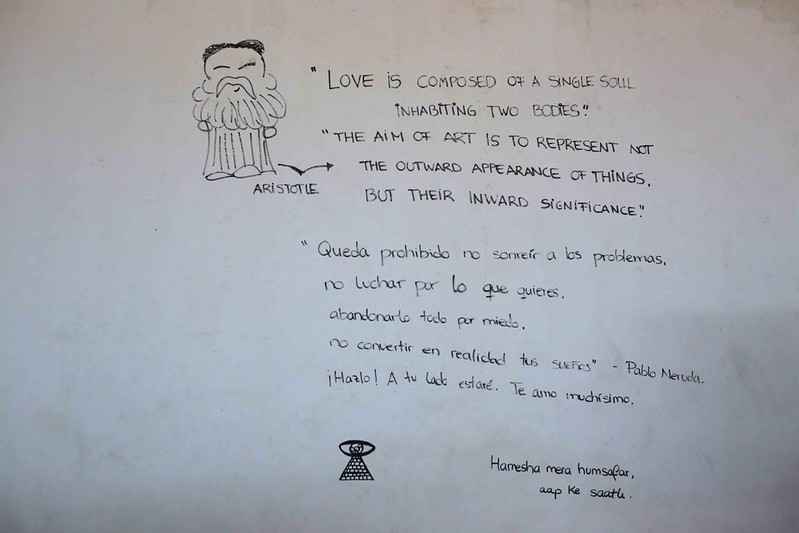 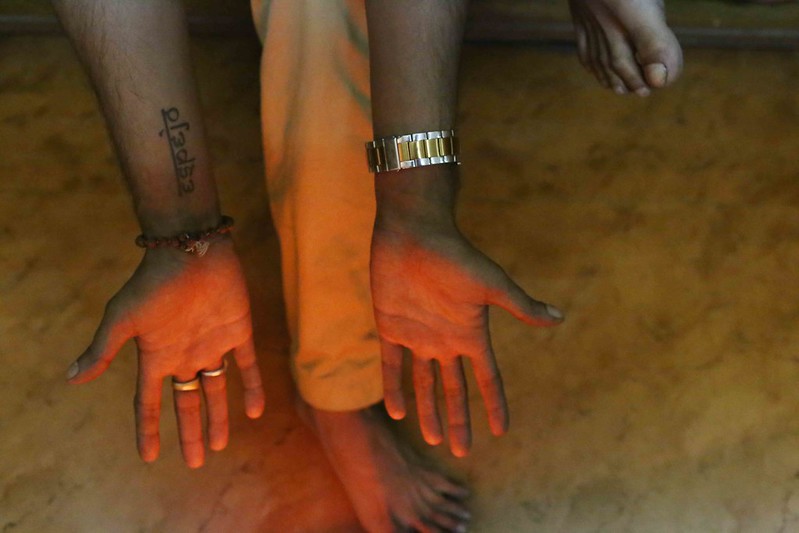 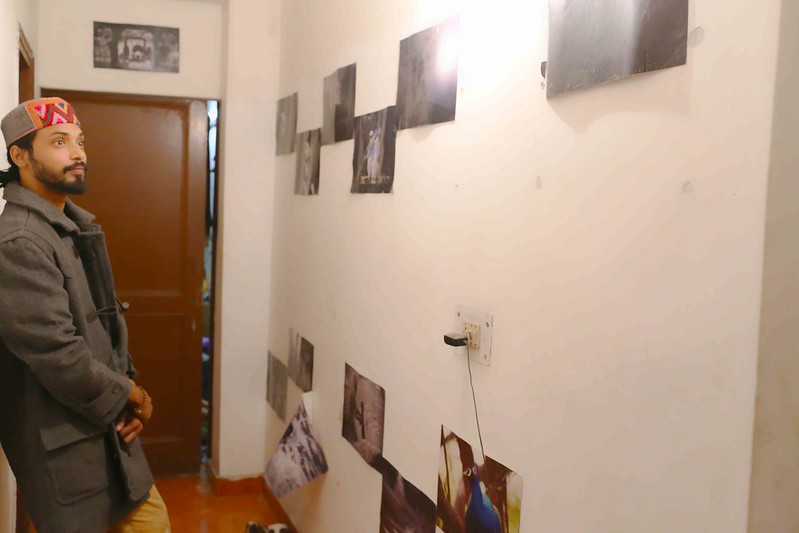 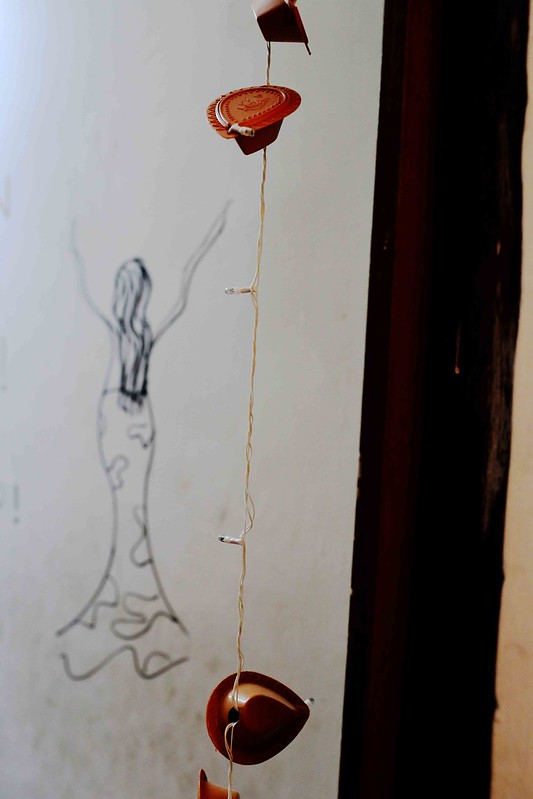 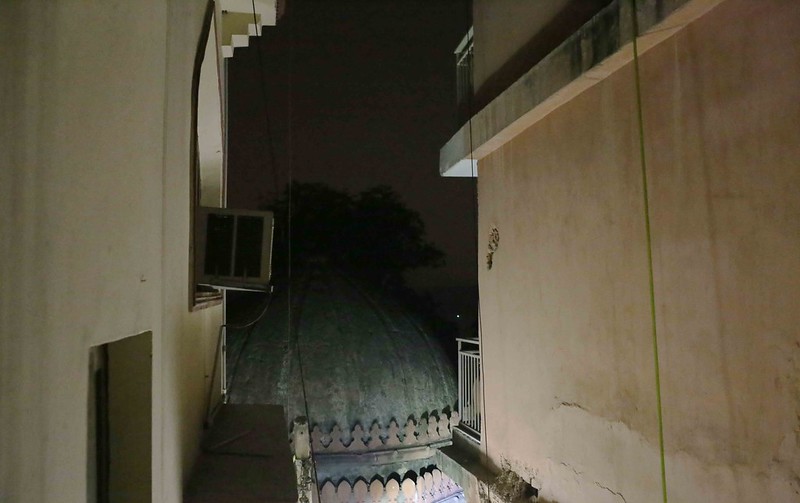 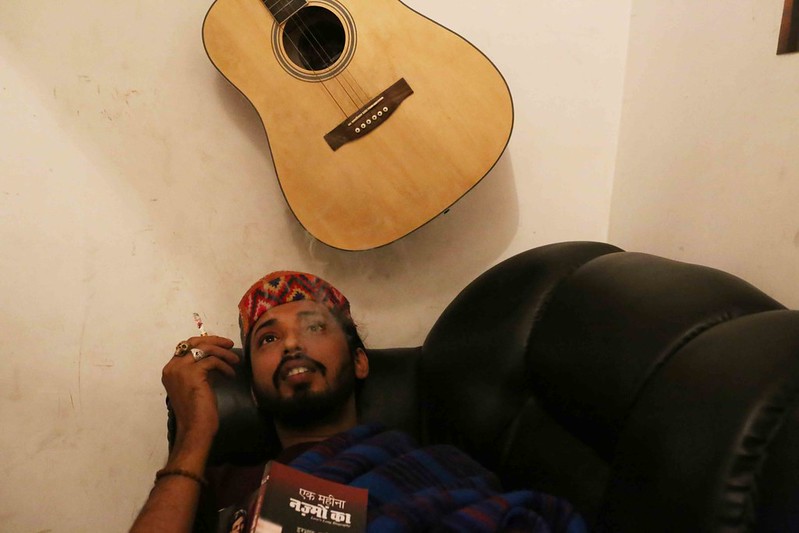