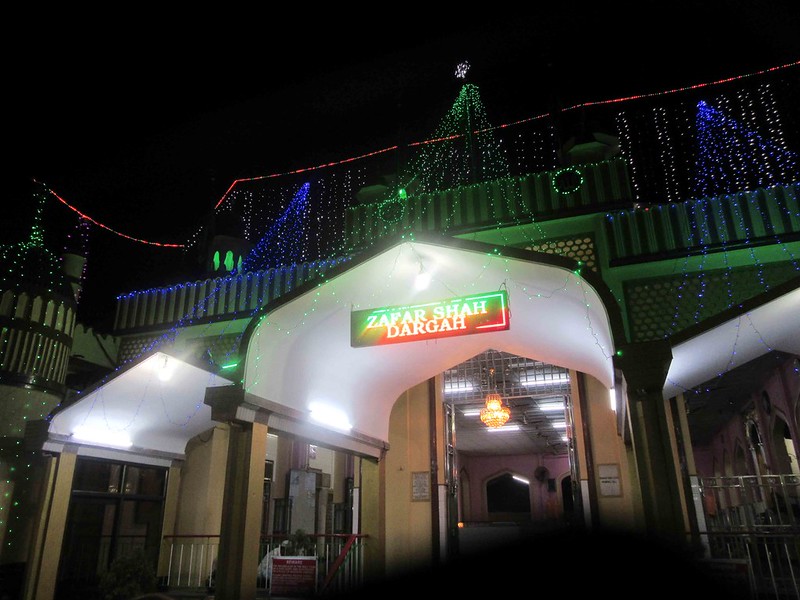 [Text and photos by Florian Morin]

The tomb of Bahadur Shah Zafar, Delhi's last Mughal emperor, is just a few hundred meters away from the Shwedagon Pagoda, the most sacred stupa in Myanmar (formerly known as Burma) and the ultimate must-see monument in Yangon (formerly Rangoon), its largest city. Unlike its gilded and famous neighbour, however, Zafar's tomb was almost empty when I went to visit it, one Saturday evening in December, not long before its closing time. Only two men were seated at the entrance. The elder one, I think, was the guard.

Because Bahadur Shah Zafar was not just a king, his tomb is not just a tomb. An Urdu poet and a devout Sufi, Zafar was regarded as a Pir, a saint, and apparently he liked to think he had spiritual powers. His mausoleum has become a place of pilgrimage and it is today known as Bahadur Shah Zafar’s Dargah, even though the word 'dargah' traditionally refers to a Sufi saint’s shrine, not to a king’s grave.

The building, built in 1994, is not exactly what one would expect for a 19th century Mughal king’s last home. It is modern and discreet. Not very well indicated it seems, for the taxi driver who took me there found it difficult to locate.

Once there, I crossed a small courtyard, climbed a few stairs, and found myself in a large empty hall with pink walls. A mihrab on the right was pointing towards the city of Mecca, and a door on the left led me to three tombs: the emperor’s, his granddaughter’s and his wife’s. They were covered with silk and surrounded by portraits of the royal family. Facing Zafar’s grave, there was a photograph of him on his deathbed.

There were flowers, too, and their perfume – this is at least the feeling I had – was giving some kind of substance to a place otherwise rather impersonal. Maybe because it was so desperately empty that evening. Or maybe because those rooms were devoid of the ornamentations and qawwalis I was naively expecting to find after visiting the vibrant dargahs of Delhi and Ajmer. For a brief moment I felt like I was standing in some doctor’s waiting hall. The pink walls seemed to be the building’s only exuberance. The loud tick-tock of a clock was the only noise to be heard.

A few days before my trip to Yangon, I had read that Zafar was planning to be buried next to the shrine of Sufi saint Hazrat Khwaja Qutub Bakhtiyar  Kaki, in South Delhi’s Mehrauli. A marble tomb actually still awaits him there. But those plans were made before he was exiled by the British to Yangon, in 1858. When Zafar died in captivity, four years later, the British buried him anonymously and the exact location of the grave was lost until some remains were identified as his in 1991.

I was thus, I thought, standing in front of the emperor’s grave. But there was another trick. The young man at the entrance came to explain that what I believed to be Zafar’s tomb was actually empty. A “meditation place”, he called it. The king was in fact lying somewhere else, on the basement floor of the same building.

The “real” grave, he showed me, seemed quite similar to the first one, though bigger, and was diagonally oriented in a small black-and-white room. The young man repeated that it was the place where Zafar’s body had been found. But who knows? This could just be one of the many stories about the emperor, for I also read somewhere that the British had used lime to ensure the rapid decay of the body.

Anyway. What I remember best is that some walls were pink and the clock was loud. And yet it wasn’t so hard to feel, after all, that this was the resting place of an exiled king. 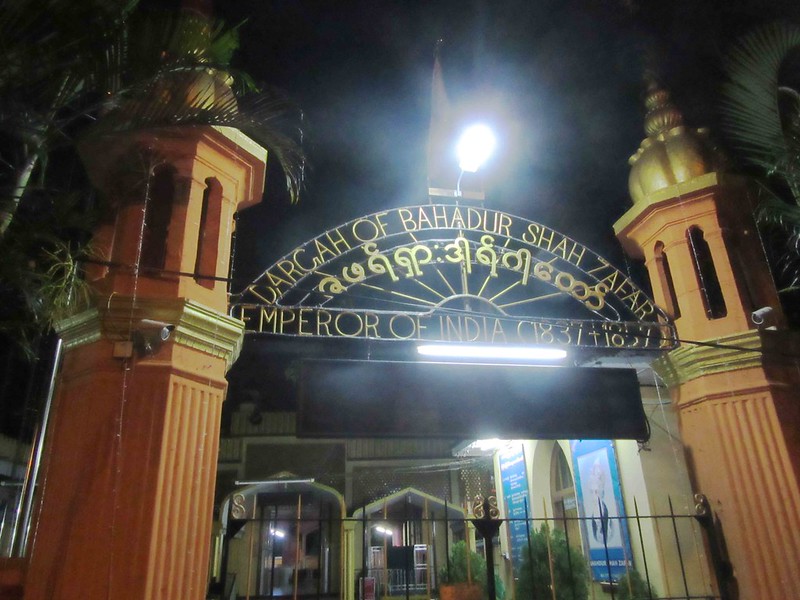 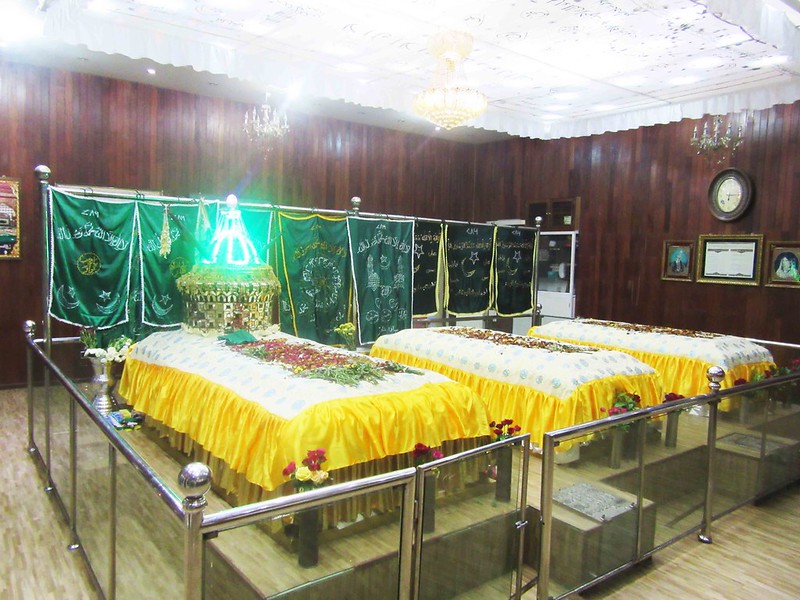 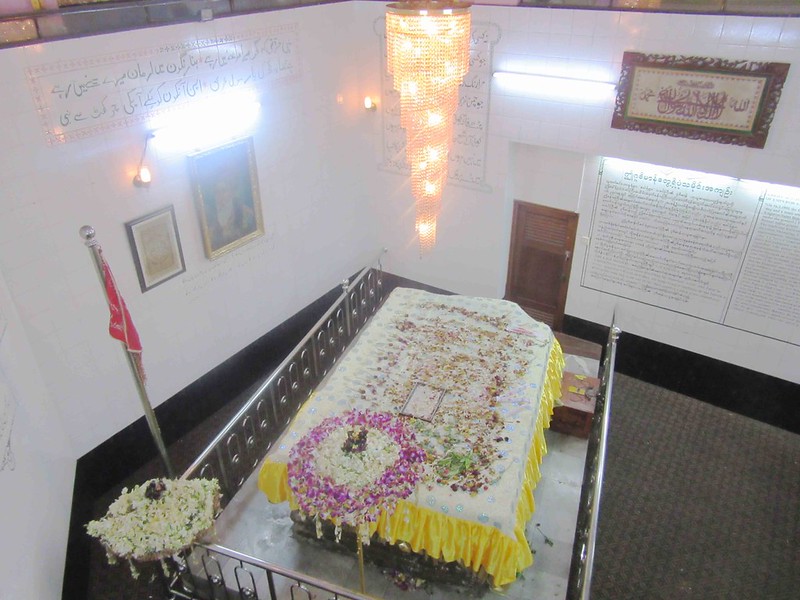