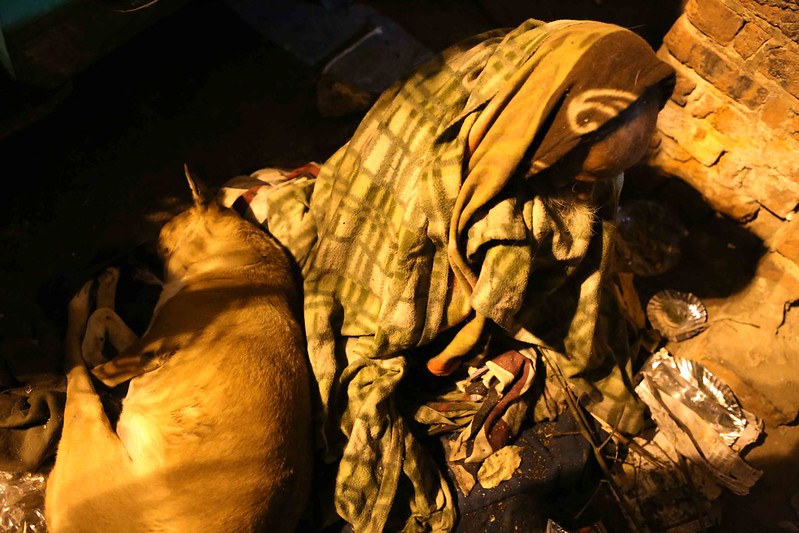 One of the one percent in 13 million.

He is known as Kuttey Walla Baba, the man with the dog. A brown dog is always seen around him. Other stray dogs, too, are fond of him.

Kutte Walle Baba lives on the pavement. The Delhi Walla has been seeing him for years on the same spot of Ghalib Street in Hazrat Nizamuddin Basti, a historic village best known for a Sufi shrine of the same name. His head is always cast downwards. In winters, he covers himself entirely with his blanket. He is never seen chatting with anybody.

The sight of his circumstances is easy to provoke great sympathy, or perhaps disgust that a fellow human being can create a lasting home in such exceptional wretchedness. The corner where Kuttey Walle Baba spends his days and nights smells of a public urinal. It's a favoured place in the neighbourhood for men to urinate. But Kuttey Walla Baba has never tried to move away from here, though the less dirty parts of the street are merely a few steps away.

Kuttey Walle Baba's daily ration of tea and food is supplied for free by the area's pious shopkeepers. One beggar, Muhammed Meer Hussain, says that Kuttey Walle Baba only eats omelet and paav bread, and that sometimes "white people", on their way to watch the qawwalis at Hazrat Nizamuddin Auliya's shrine, give him a bottle of beer.

I have often tried talking to Kuttey Walle Baba but he would never utter a word. One evening, however, he started to talk: "My name is Khudiram. I'm from Assam. I have been living here for a hundred years."

He would not say anything on my queries about his childhood and family. But, pointing to his brown dog, he said, "He is Jabbar Singh."

Khudiram then smiled, uttered a few incomprehensible lines, and again covered himself with his blanket.

[This is the 109th portrait of Mission Delhi project]

The man with the dog 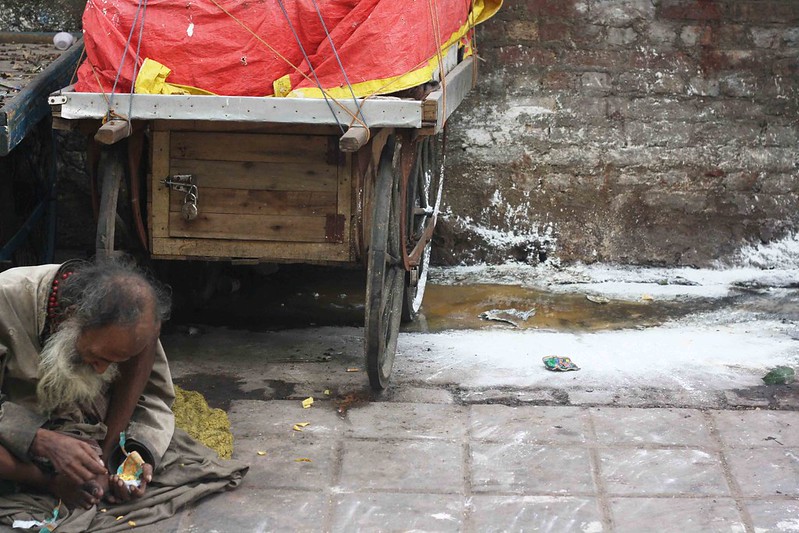 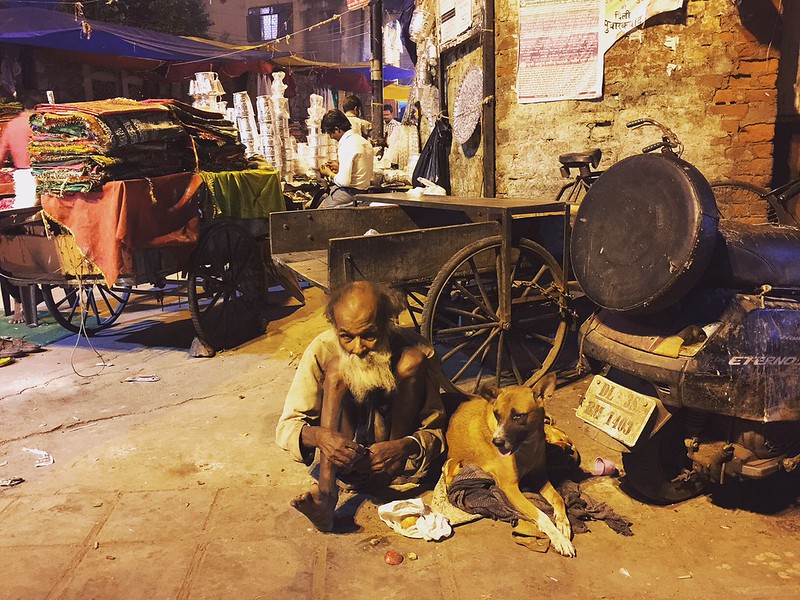 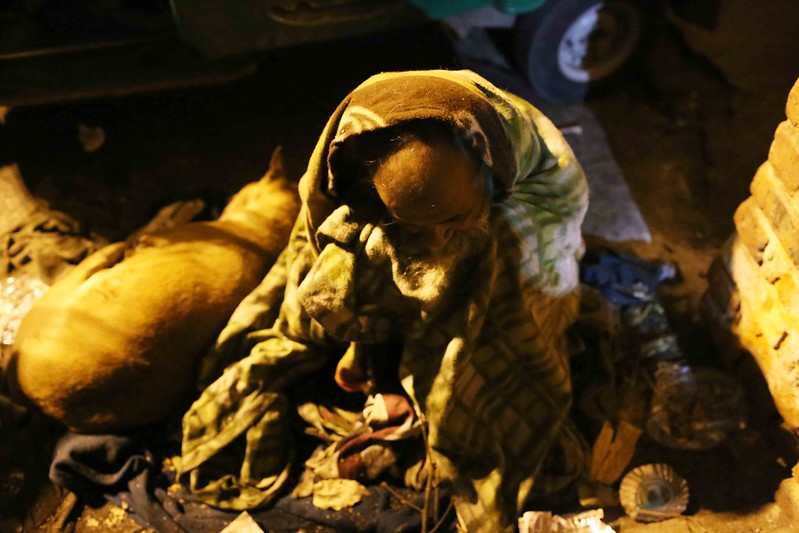 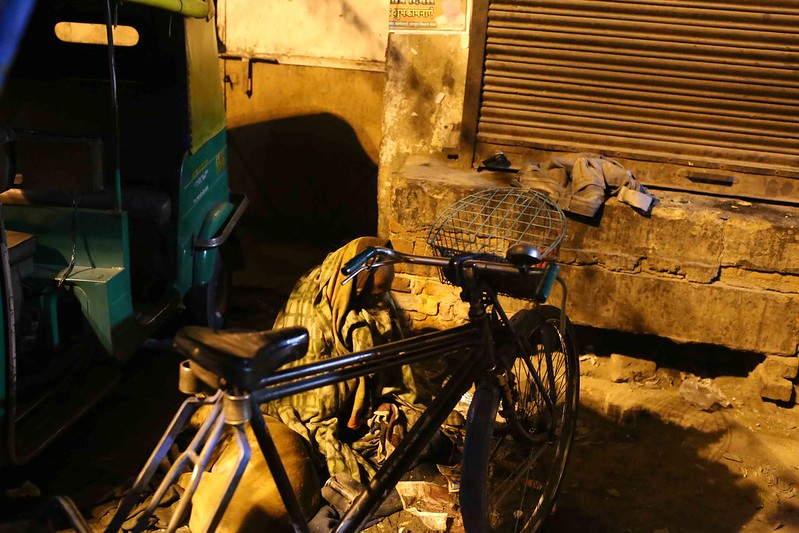 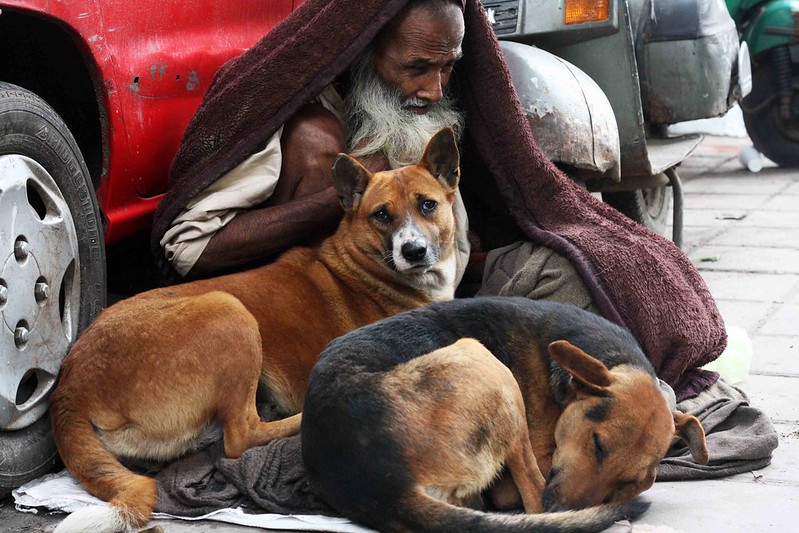 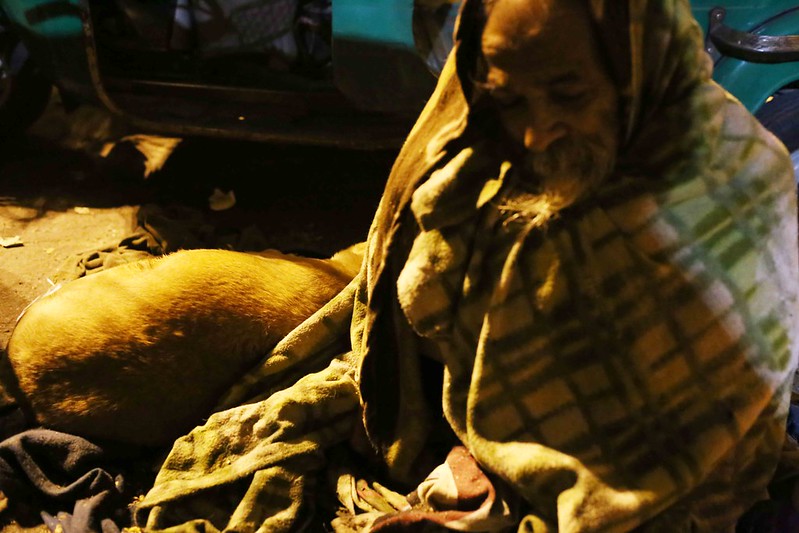 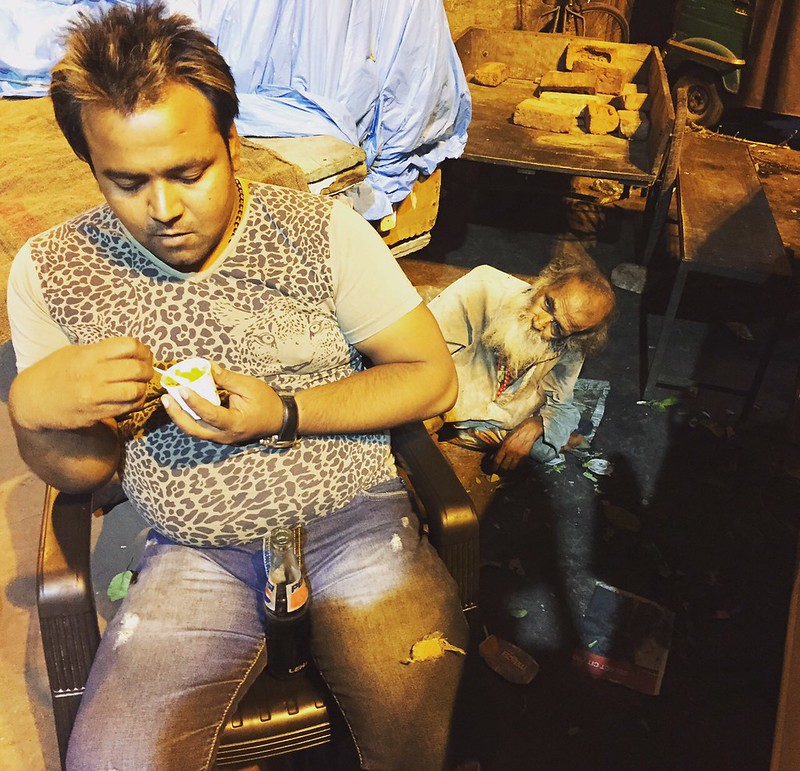 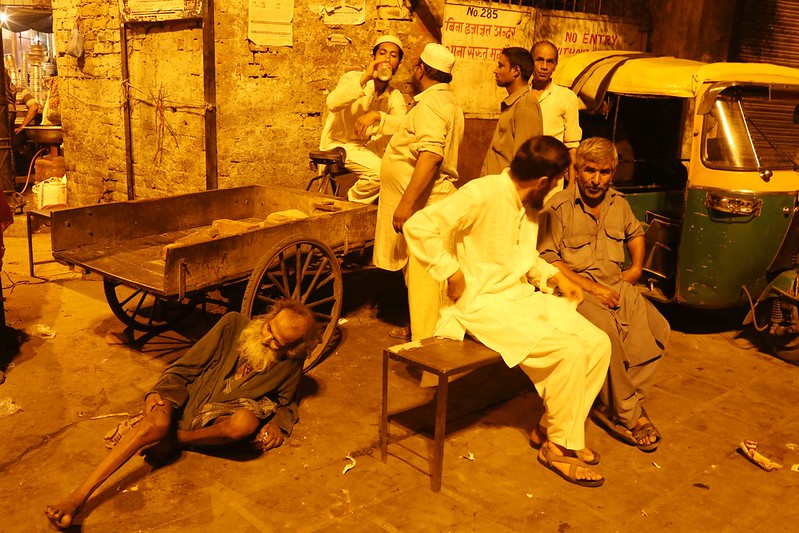 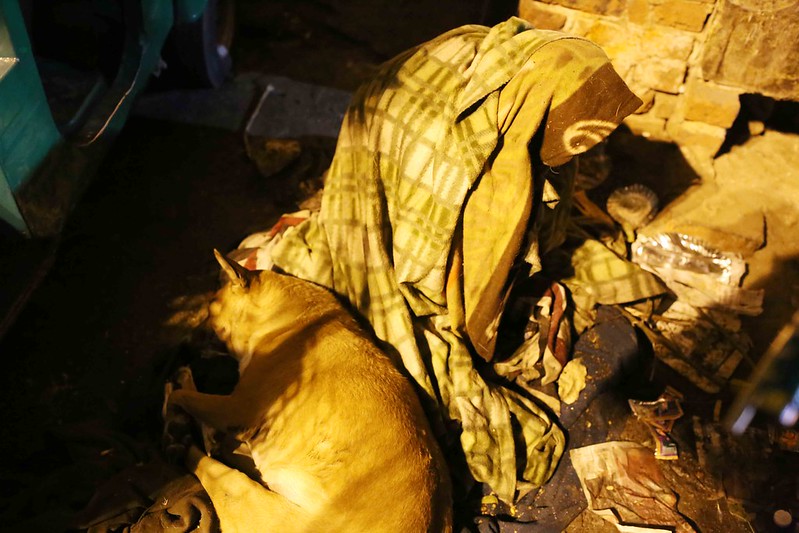 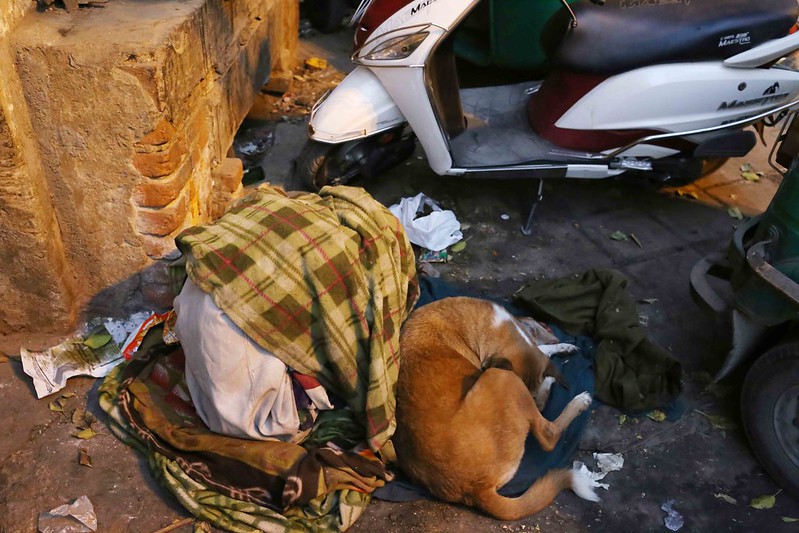