A runaway artist who made it big in the streets of Delhi.

The Purushottam Express was ready to chug away from West Bengal's Purulia Junction when he boarded the train to escape his restricted world of schoolteachers and six siblings. That was nine years back. Vicky Roy, now 20, has had his first photo exhibition, “Street Dreams…”, in March 2007 that peers into the black and white lives of Delhi’s street children.

"I know them." said Vicky, surveying his 25 penetrating portraits of the city’s smarter kids - swimming in the India Gate pond, lying under the IIT flyover, reading newspapers at traffic lights, showering in the railway wash line, and sleeping in the night shelter. "All my subjects want to be something in life. Besides begging they also study to realize their dreams."

Vicky was luckier. He was working in an Ajmeri Gate dhaba, not long after his arrival in Delhi, when he was picked by Salaam Balak Trust for its residential programme. His fascination with photography started during a workshop there. Later he trained with British photographer Dixie Benjamin at Triveni Kala Sangam. Vicky’s break came when he obtained work as photographer Anay Mann's assistant after finishing school. A loan enabled him to buy Nikon F-80, a possession he caringly wraps in fluffy towels when not hunting for the perfect shot.

Anay Mann's guidance honed the young man's skills. "It is for me to decide the shutter speed and exposure setting. Camera only clicks." Vicky's confidence is not misplaced. "Street Dreams..." with its theme of child rights, was appreciated for its insightful perspective, honest portrayal and technical brilliance. “The images are so well captured. You feel sad and want to do something for these kids,” Lakshmi Mathur, a visitor, remarked.

But Vicky himself is now bidding farewell to street life, aspiring to be a fashion photographer. “It is more colourful and subjects will be under my control.” This ambitious journey from roadsides to ramps is the stuff street dreams are made of.

Vicky and his favroite photograph 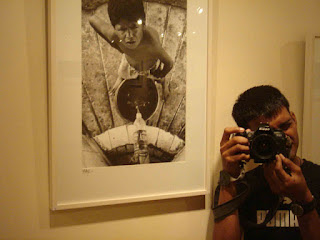 Vicky and friend - I 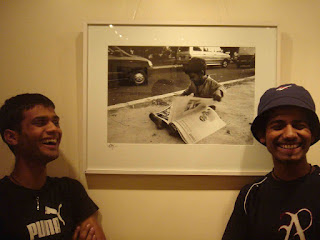 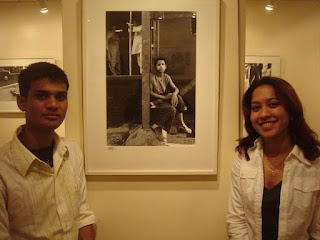 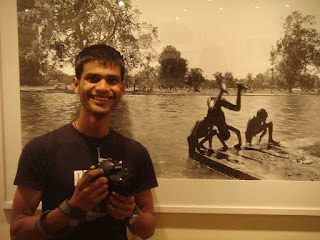 Posted by Mayank Austen Soofi at 6:41 AM

some people are just born lucky...