Page 3 Delhi – Pssss of the Town

All the news that's not fit to print.

Sketch of an Artist 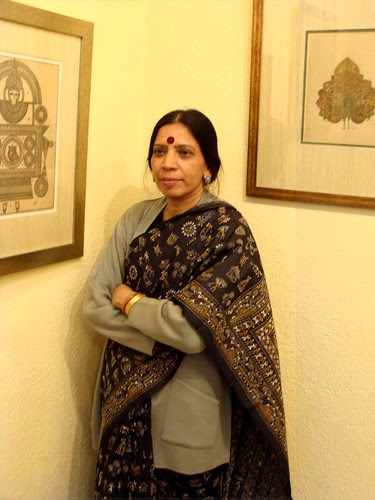 Quite plain-looking. On first glance she appears like a Political Science lecturer of some godforsaken university in some godforsaken moffussil town in eastern Uttar Pradesh. And she is. Dr. Nisha Jaiswal, from Gorakhpur, was in India Habitat Center to display her single hair brush paintings to Delhiwallas, most of whom would find it difficult to locate her hometown on map. But that doesn’t bother her. “I love Delhi. My happiest years were spent here,” the lecturer said in between accepting compliments from polite visitors.

Dr. Jaiswal who did her graduation from the capital's Janaki Devi College has been painting Ganeshas and peacocks (graphic pen for b&w portraits; coloured sketches with water colours) for last 25 years. She was first noticed more than 20 years ago when Bombay’s Femina magazine published a few of her portraits. That prompted Lucknow Doordarshan to interview her for a half-hour show. Since then Dr. Jaiswal has painted several more portraits with no one to encourage her but husband, son and four sisters. That’s OK with the lecturer who has always found inspiration in her “andar ki aastvikta” (the inner belief in God).

The soft-spoken artist also confessed that “I don’t know how to pose for photographs.” Neither is she net-savvy. Contact the lecturer through her son’s e-mail id: shreshthajaiswal@gmail.com

Wedding season is over for now. December has been eclipsed by some unlucky planetary movements and city traffic will not be assaulted by baraats till the first week of January. I found it the right time to catch up with the city’s most hoity-toity wedding planner.

She was breathless about the “wedding of the year”. Held in the family of a Kanpur-based industrialist, it took place at a farmhouse in Bijwasan, near Gurgaon. The details were spectacular. A special Devdas set was designed by Bollywood’s priciest set designer Nitin Desai. The 5-star Hyatt Regency re-created all its speciality restaurants (Delhi Ka Aangan, La Piazza, TK's Oriental Grill, Café, Polo Lounge, Djinns) in the venue. Poh, the celebrity florist from Singapore, supervised the flower arrangement (tulips, orchids and real Swarovski crystals). “It was sooo very elegant,” swooned the wedding planner. Jaya Bachchan and Amar Singh were some of the rich and famous guests. Both stayed throughout the ceremony. 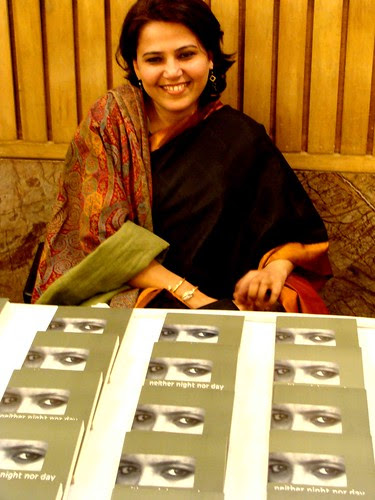 The other day India Habitat Center hosted a panel discussion on Neither Night Nor Day, a collection of short stories by women writers from Pakistan. The event was well attended (the advance notice said that the discussion would be preceded by pineapple pastries and paneer pakoras). One of the prominent speakers was Rakhshanda Jalil, the anthology’s editor. Few days before she had confessed to me that “I can write whatever I want but speaking on stage is different.” It turned out she speaks as well as she writes: in a clear, concise, and engaging manner.

Ms. Jalil proved to be so well-versed in the art of handling questions that she was not perturbed even when a lady made an existential query on “what it takes to become a writer?” Nevertheless, her performance was carefully watched over by her Kashmiri mother and two school going daughters. (The husband, however, made his entry only after we started leaving) The most memoreable part of the evening was the opening sentence of one of the key speakers, journalist Javed Naqvi. Especially invited by Harper Collins India, the book's publisher, the good man proudly declared he has not bothered to read the book. Really, very Delhi.
Posted by Mayank Austen Soofi at 8:21 AM

Hear! Hear!! I read about you and your blogs in Mail Today. Courtesy Indian Today group I get it free to sample and savour for sometime! Delhi is a city of migrants, Khanabadoshes, if you choose an apt Urdu words. Well, this is the language in which I think.I dotn know about my dreams as they are always multilingual, chisseled in the back lanes of Delhi`s Tilak nagar way back in time when delhi was redefining itself in the aftermath of influx of refugees.More of it came from many sources, many people of many hues, colours, diction and articulation. Despite my 15 years(in my current spell of stay in Delhi) I have not been to Nizamuddin Dargah, may be some day, sometime. Closest I came nearer to this place was when I came to attend an award giving function in the ramshackle hall where i had gone to recive an award on my book of Urdu verse given to me by Urdu Academy, Delhi.
You are Soofi, a Soofi blogger. Ha ha ha!! After Bulleh Shah`s kafis, you are nearest to my communion with Sufism. Keep going! This is the only guarantee of existence in Delhi apart from a evening on a perrch in GB Road. Ha ha ha!!!

read some of your posts. interesting stuff and photos! however, i wish you wouldnt begin your write up of dr nisha jaiswal's work with a reference to her looks.