Lhasa Diary - From Delhi to Tibet, and Back 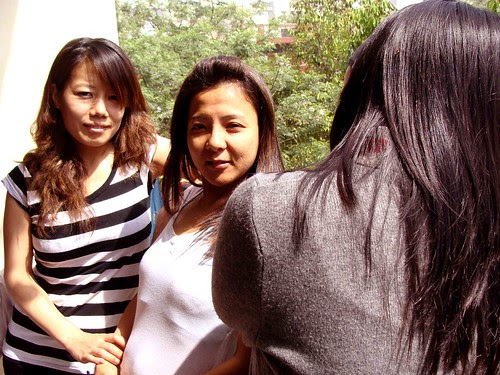 My search for home.

Like many fellow Tibetans in Delhi, I too went to Jantar Mantar and demanded independence from China. As friends shouted slogans, their fist punched high into the air, I wondered what if we really get freedom. After all, we are messed up kids: India-born but not Indians.

You know we Tibetans keep crossing into India but I was crazier. I'm one of those very few who did the reverse migration. After working for 8 years in a travel company in Delhi, I somehow managed to get a 1-year visa for Tibet.

It was a long journey: 2 nights, 3 days in a bus from Delhi to Kathmandu; 2 more days and then Lhasa. My Lhasa. Blue sky. Cold, thin air. Yak meat momos. Monasteries. Potala palace. But no portraits of the Dalai Lama. Nowhere. Not even in homes. Chinese don't allow that.

But they were right. I was a foreigner in my homeland. I didn't know Chinese and it was everywhere. In restaurants, menus would be written in Chinese and I would ask stewards what was what. I would pass by the city's only theater that screened Hollywood films, dubbed only in Chinese. It was difficult to make out things. I was lost.

And yet, home is home. Lhasa was like a large version of Majnu ka Teela. There were Tibetans all around and I was just an anonymous face in the crowd. People too were gentler than in Delhi. Especially the boys. Delhi men are too…I don't know…Hindi films do something to them.

Lhasa's young people, however, don't have a bright future. In Delhi we work in call centers, hair salons, and restaurants and have fun only in weekends. But there each day was a weekend. I hardly saw youngsters working routine jobs. They danced all night long in discos and days were wasted away in boozing (beer being very cheap). Sometimes I feel Tibetans on both sides of the Himalayas are kacchas. Will we ever ripen?
Posted by Mayank Austen Soofi at 6:43 AM

thanks fr the space. i just happen to stuble upon it and i guess it really rocks...

was missing delhi terribly...i guess no more and nice story though am nt sure what the objective is...

just to be a part of the blogosphere discussion on china tibet...

am nt even sure what India's stance is...though it has been marked by protests everywhere...

interesting article.i too am a tibetan in exile(in india ofcourse).two years back, i was blessed with the incredible opportunity to visit the land my grandparents came from and it was all in all a beautiful but short experience.i obviously would love for tibet to be free someday.god willing. but until then, i'm fine with living in India. No matter what anyone says, i for some reason feel more Indian than Tibetan. I personally consider Tibetans born and raised in India as being very fortunate. India(bodhgaya in particular) is every tibetan's mecca(or should i say every tibetan buddhist's).

Hey, I have been reading your blog for quite some time now and it is really nice to read something as authentic, simple and rooted as this.
Keep up the good work. By the way, I have started a blog of my own. Read it when you get some time. http://manya-myvoice.blogspot.com.

hi there,very interesting article though. This is my first time and i kinda enjoyed its simplicity a lot..
Looking forward to see a few more of tis ...
Cheers:-)

hey real nice..loved your work..btw saw this pic in the newspapers today ...loved it then loved it now...