Weekend Getaway - Nainital Behind the Mist 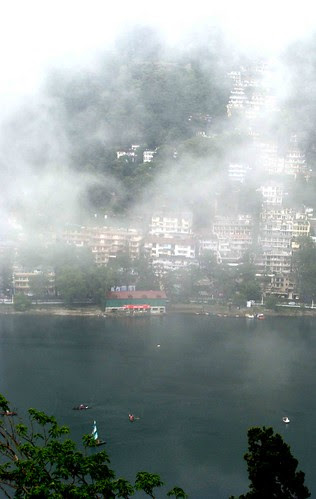 A journey into an Himalayan lake town.

It was the best of towns, it was the worst of towns; it was pristine, it was smoggy; it was beautiful, it was ugly; it was solitary, it was crowded; it was heaven, it was hell.

I mean, I was in Nainital this weekend.

Just why should a Delhiwalla consider Nainital for a weekend getaway? This hill station, where concrete structures sprout from hills like small pox, has everything that makes you want to flee the Capital – traffic jams, jostling crowd, maimed beggars, great noise and so on.

Due to the ‘season’ time, the mall road was at its worst – teeming with camera-toting, hat-wearing tourists, to say nothing of Himmesh Reshammiya’s nasal tones blaring from every other SUV.

It was difficult to wade through the road without colliding with someone on your front, back or sides. Instead of wild flowers or ancient trees, the mall road was lined with branded showrooms and ‘Chinjabi’ restaurants. This is all available in Delhi. Why drive 250 km to Nainital?

But then there are two kinds of tourists. The first, and apparently the more visible, are the honest holidaymakers, who just want some good old fun – daaru, tandoori chicken, and 2-3 days away from work. Their itinerary is simple: shopping on the mall road, boating in the lake, taking a trolley up to Tiffintop, buying shawls in the Tibetan market, doing a darshan in the Naini mandir and more booze at night. After all, sooraj ast, pahar mast. Nainital won’t disappoint such folks.

The challenge is for the second category of rather fussy tourists: they demand solitude, seek natural beauty, plan to spend hours watching birds and still expect all the mod cons of a city. Nainital meets those expectations, too.

You just have to sleep in a nice hotel and spend your waking hours on the road less travelled. Like I did. But first the lake. Just as every tourist to India must visit the Taj Mahal, every visitor to Nainital must do a boat ride on the lake. After all, any hill station worth its mountain can boast of mall roads, scenic views, ropeways, horse rides, but not all have the lake.

And what a lake! During the day, the blue colour of the sky mixes with the water; in the night, as the lights are turned on in the houses, shops and hotels that dot the mountains, the lake sparkles with an incandescence that dazzles the eye. It is like as if stars have come down on earth.

Next to the lake is a gravelled ground called Flats. They say it was all lake here but one night in the 19th century, the mountain crumbled, killed people (the story goes that all the guests of the town’s first hotel perished in this landslide), and the chunk that fell down covered this part of the lake.

Today, the tragedy is not even a dim memory and the Flats, created by death, is a sporting ground where a hockey tournament was taking place when I was there.

But, let’s face it: the commercial heart of Nainital can hardly soothe the restlessness of big-city souls. To climb into another world, you need to climb a bit higher. Kilbury forest is around 10 km away and it may as well be a different country – utter silence, trees denser than you could imagine, and slow-moving clouds almost close enough to touch.

Here was music in the sound of mountain streams, dream in the sight of green moss clinging to tree trunks, and romance in the swagger of firewood-carrying village women. Here the soul soared like a high-altitude bird.

The same is true of the town’s golf course, next to an equally dreamy Raj Bhawan (which reminded me of Rebecca’s Manderley). If you don’t play golf, just watch the players swinging the club. The rolling slopes, the dew-soaked grass, and the ball that runs the risk of disappearing into the approaching mist make every sensation sort of unreal.

Nainital’s beauty can get too much, and yet it keeps you constantly engaged. I was sorry when my weekend ended.

On the way, in Jyolikot 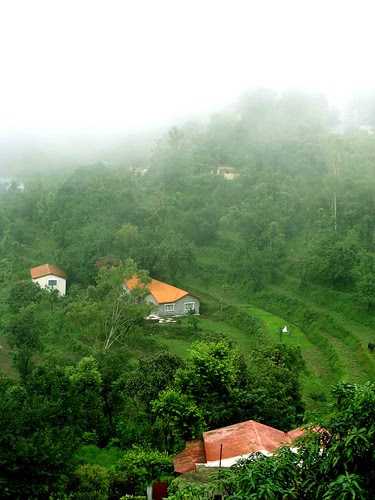 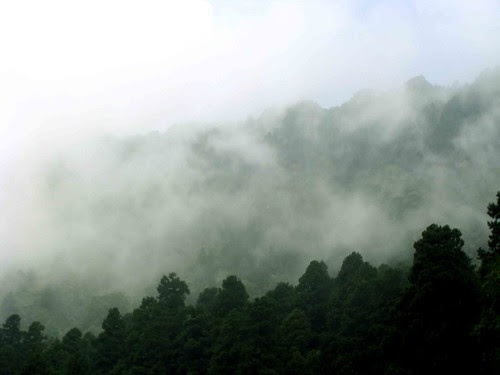 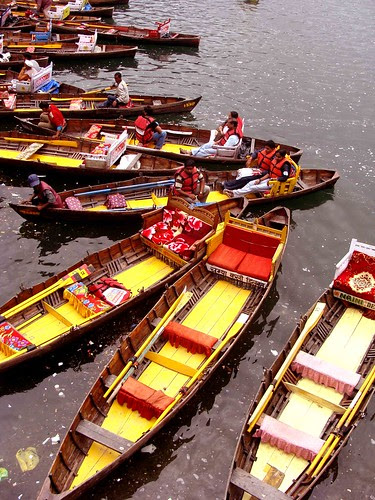 Ah, let's get into them 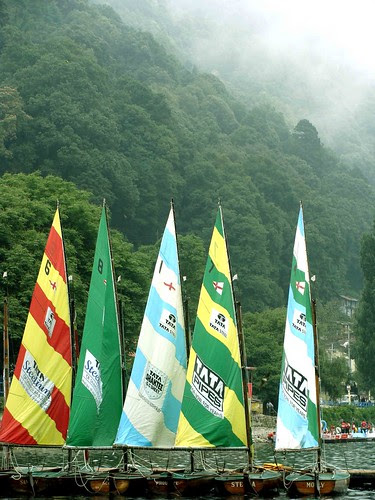 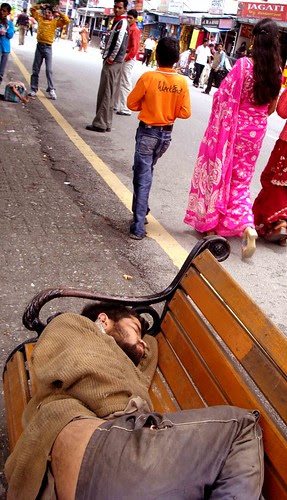 Playing in the Flat 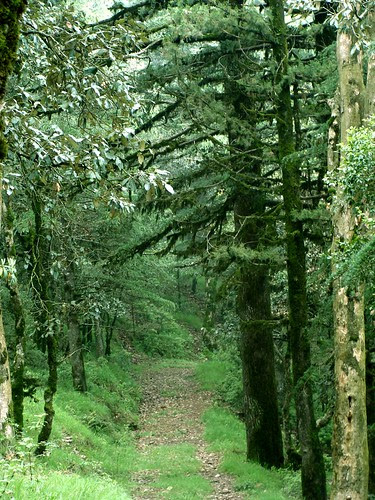 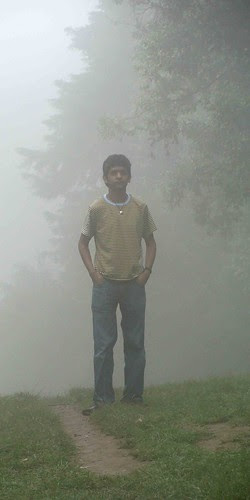 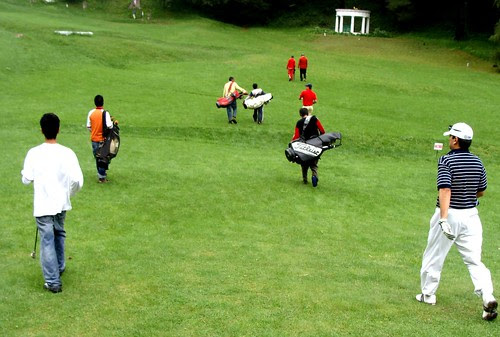 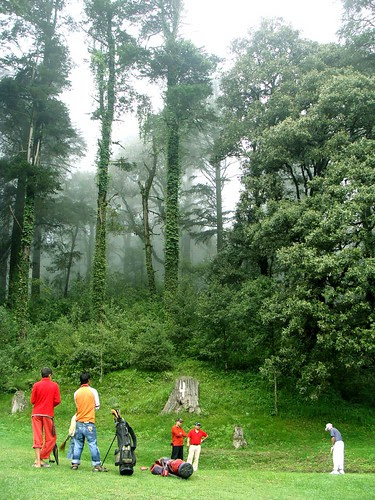 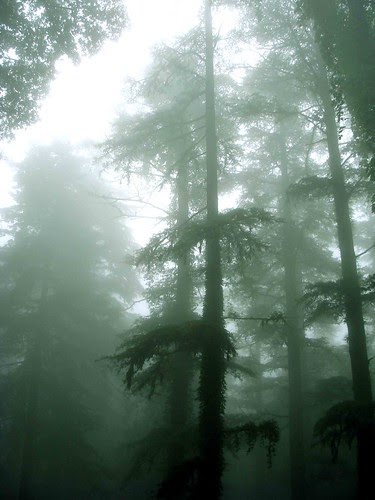 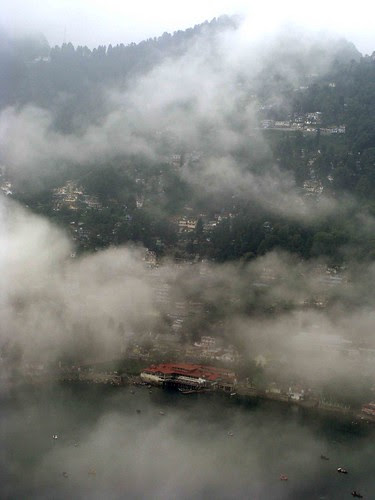 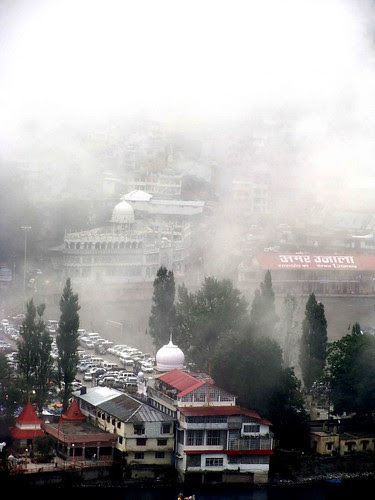 Posted by Mayank Austen Soofi at 7:18 AM

Mayank, I really enjoyed the photographs and text! Have told you to pursue your photography further.... You have an eye for photogrpahy!
Nainital is beautiful ! Love the misty feel. Well, I intend to visit Nainital...but with you!

Nice post Mayank. how to have daru type chhutti and 'being one with nature' type break at the same place, in the same post. in the middle of bloody june. the pictures are capital. (capital is an apt adjective for the delhi walla, no?)

Good to revisit Nainital through your photos Mayank. Also enjoyed your 'Mujhe Middle Class se Bachao' article in HT ( related to the same trip?). I am sure you won't change into those you seek solace from! Some of us are 10 years older than you, with families and still running away from the typical middles class family image...in the charms of Delhi, past and present and other places of solitude.

when're u planning to hit the gym ;)

nice blog, nice post and even better photographs... loved reading it... two years in delhi, did u say????

The place has a very "Alpine" look to it... nice photos, Mayank! Good job!