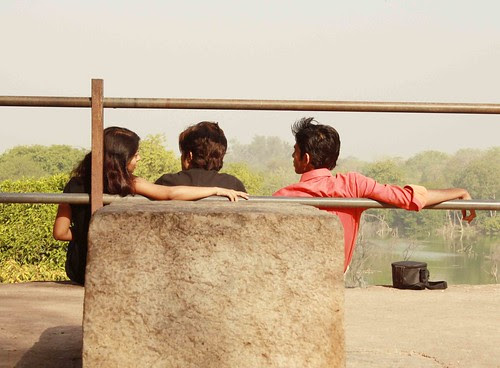 Romancing in the ruins.

Monuments have their uses. Being old, they add depth to the character of complicated, rapidly modernizing cities. The other afternoon, a hot Delhi afternoon, I went to Hauz Khas ruins hoping to understand how this city is coping with its ancient past.

While entering the 14th century Hauz Khas monument complex, I first had to make my way through Hauz Khas Village, both said to be equally old. Now this hamlet is not your average Mahipalpur or Kotla Mubarakpur. Instead, this is Tourism Ministry's ideal Incredible India where buffaloes, BMWs, imported cigarettes, hookahs, half-naked models, veiled village belles, mud hovels, glass-paneled designer studious co-exist harmoniously.

It wasn't always like that. Earlier there were just veiled belles, buffaloes and mud hovels. Then in 1988, Bina Ramani, Delhi's one-time society queen, set up a boutique here. In no time, every who's who in town worth her eyeliner was drawn towards this sleepy village. Hauz Khas acquired a classy, ethnic reputation. The New York Times correspondent Barbara Crosette called it "the national capital of ethnic chic."

Hauz Khas's appeal has admittedly paled since then but still it remains an elite shopping destination, especially if you want to buy antique reproductions. Talking of which reminds me of real antiques, the ruins.

Inside the well-tended compound, standing in front of chattris, domes, tombs, and a large lake, I didn't feel the need of a Lonely Planet or a Lucy Peck. I knew the story of these stones. Allaudin Khilji built a water reservoir here for Delhiwallas that later filled up with silt. It was re-excavated by another king called Firuz Shah Tughlaq whose grave found its home in this complex itself. He also commissioned a multi-storied madrassa to be built next to the reservoir.

But leave Khiljis and Tughlaqs to history students. As I tiptoed inside the dark chambers and halls of the madrassa, I found the corners teeming with loners, friends and lovers. Most were lovers. Those whom I talked to had no idea of Hauz Khas's history and they didn't care. What mattered was that the place was secluded and there were remote chances of parents catching them 'red-handed'. I met two smokers from Karol Bagh, a giggling couple from Jamia Millia Islamia University, a love-struck pair from a Ghaziabad engineering college, two lovers from Shahdara followed by yet another couple and one more couple and a couple again and then also a couple and a couple too and yes one more couple and no, I'm not exaggerating.

To serious-minded monument-junkies, it must be traumatic to see such a large-scale invasion of 'couples', a specie who hardly appreciate the worth of such historical touch-me-nots. But the unexpected way these stone structures of the past have reached out to the new generation is too amazing to be sneered at.

In a time when every sentiment is commercialized by advertising agencies, where love is just a Gmail chat away, where discounted nirvana is available in air-conditioned malls, imagine there are still a few young people left in Delhi who brave the heat and the city's long distances to seek romantic refuge in ruins. Incredible. 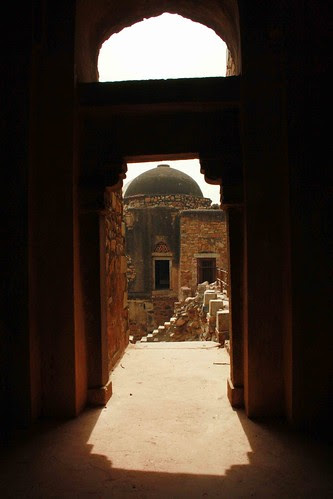 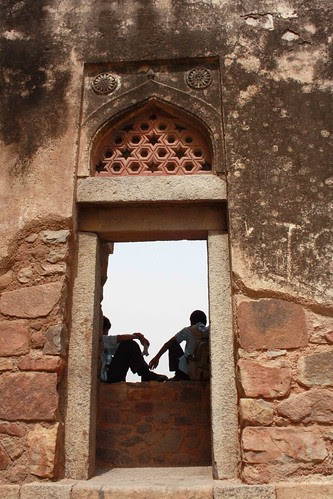 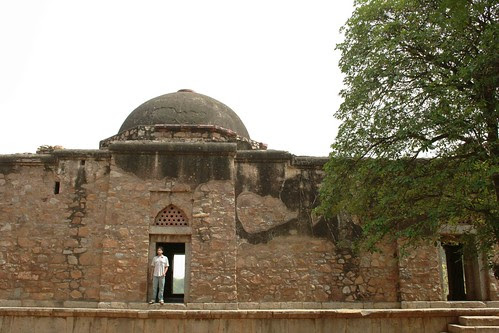 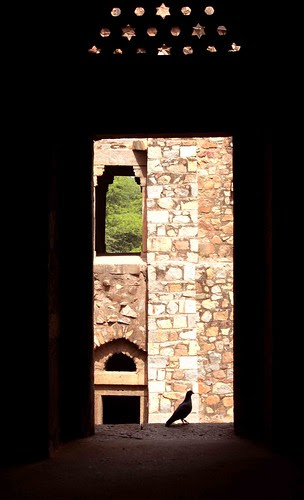 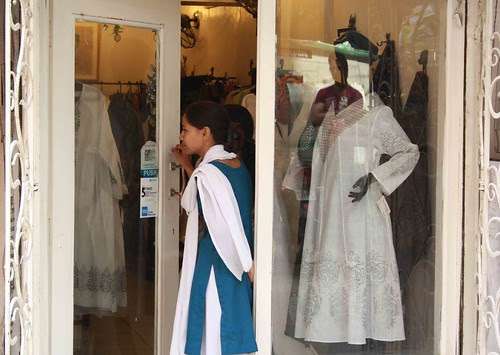 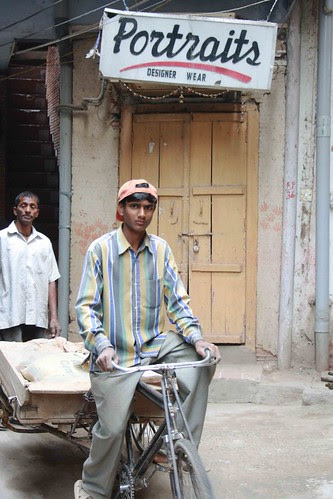 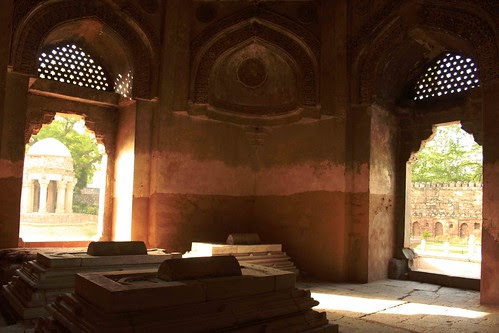 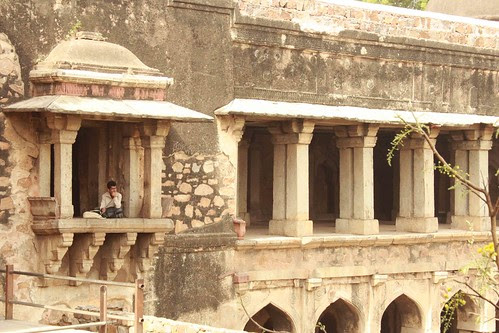 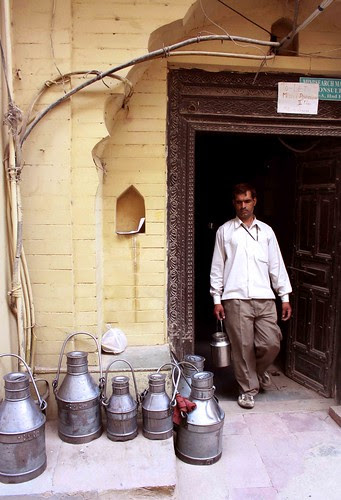 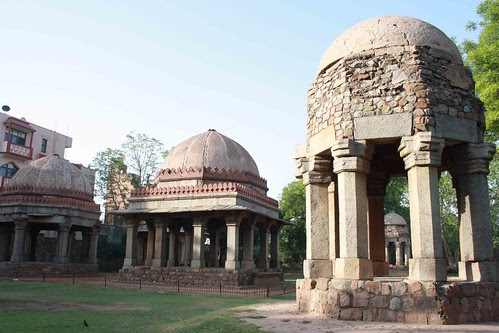 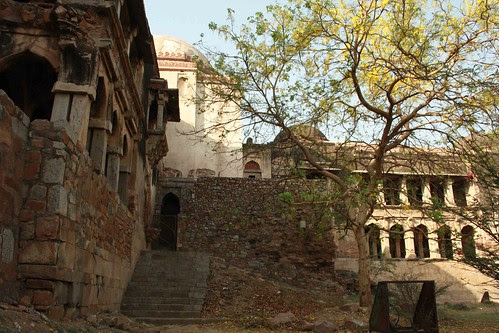 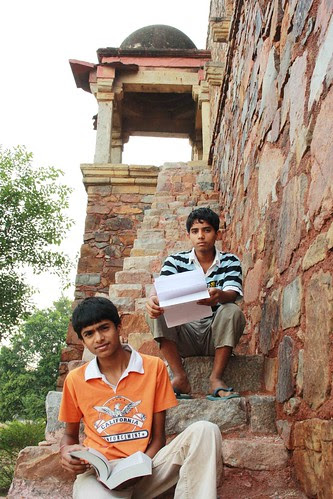 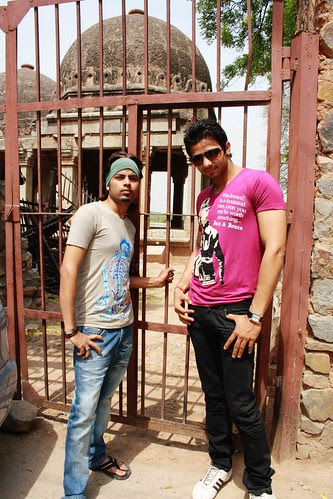 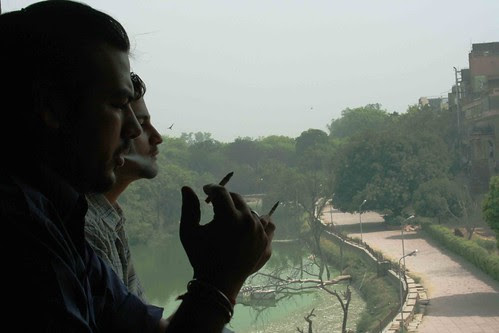 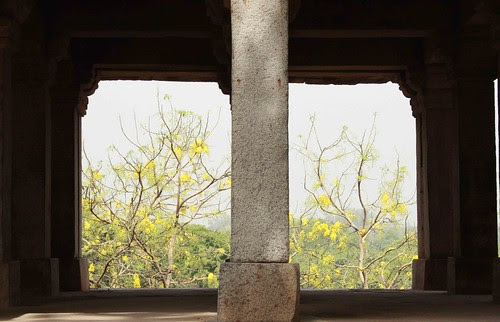 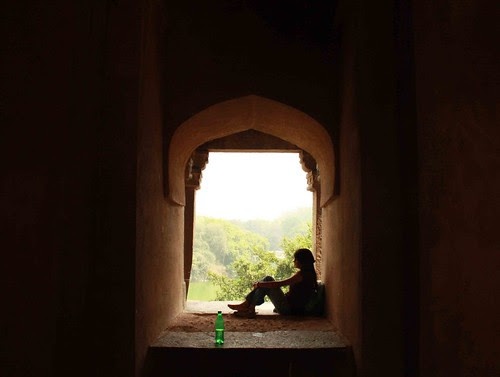 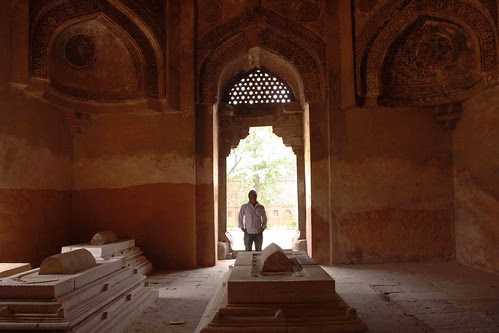 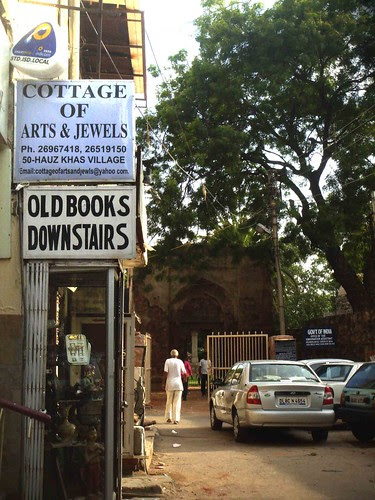 The tree of Hauz Khas 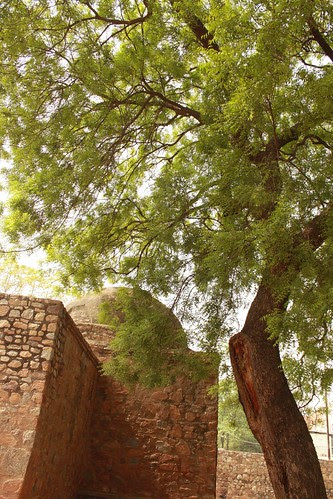 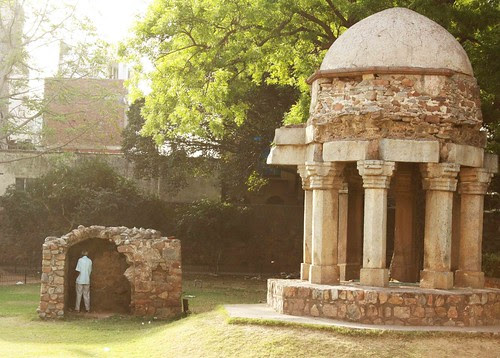 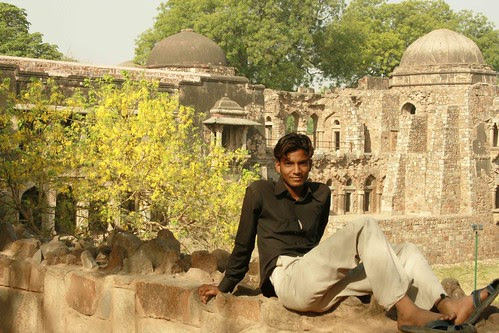 Posted by Mayank Austen Soofi at 11:33 AM

I really lovethese photos. In fact, I love your photos much more than your writing.

I like your blog a lot. It reminds me of what I like about Delhi. Sometimes I long to travel back in town and witness the development of Delhi over the centuries. It must have been so fascinating! Thanks for sharing these picture.

wait..i LIVE in south delhi..though i'll admit that what i hate the most is that i live in delhi n yet havnt seen 90% of it...n wanna go n explore about..but hey how come i'm never able to find all this?...
i'm in greenpark every other day...but i didn't find this place!...
on my way i cross that aurobindo complex...then a small romb in btwn...i see the old walls..but don't know where to approach it from!...
and is this place..u know..safe to go alone?..

So finally you covered it too......Its a great place by the way...I have been studying there for nearly 3 years...the village is an art hub in itself. I just love the location of the monument...almost 2 kms from the main road.....deep inside....totally at peace...

We even had a friend's birthday party there,with complete cake and the guy selling chips close by ripped us off.

Nice blog. I felt your writing was fresher in this one. Keep up the good work...

This line made me laugh - "every who's who in town worth her eyeliner".

Anyway, I recall going there to sketch while preparing for NIFT entrance.

Overpriced pseudo-artsy marketplace and loads of ignorant lovers - two reasons strong enough for me to have kept away from this place for over 22 years in spite of staying very close by.

I'll go visit it some time though - if only for the ruins.