Travel Notepad – The Strange Encounter with a Rajput Prince 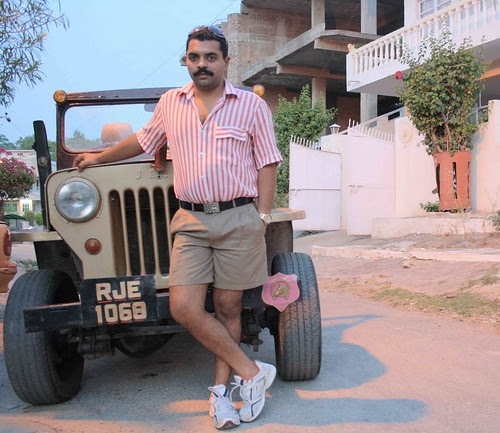 One morning while holidaying in the lake town of Udaipur in Rajasthan, about a night’s train journey from Delhi, a very special person invited me for breakfast. “I was born on 8.23am, October 4th, 1977, in Delhi’s Holy Family hospital,” declared Prince Kamakhaya Singh over cornflakes and milk. Not just another Rajput royalty, Prince Singh is the seer of a new faith. It is called the Royal Martial Race Religion and Air Chiefs Religion. Due to a little paunch, the prophet looked older than his years.

“I’m the single owner of the sun rays, the moon rays, the stars that shine in the night, and the entire sky,” the Prince noted as I was helping myself with buttered toast. “They all are individually owned by me and I’ve legal papers by the Rajasthan High Court as proof.”

The Prince then disappeared into the kitchen to get more toasts. He has no domestic staff in this four-room palace in Ambavgarh, a low hill in Udaipur dotted with villas, retreats and princely palaces.

Along with his bitch Pepsi, the Prince lives hemmed in by old trunks, Raj-era books and several portraits and photographs of his ancestors. The beautiful, rich and famous Maharani Gayatri Devi sits on the drawing room table. The Prince said that he is related to her through his mother’s side.

Besides being connected to such blue-blooded people, the Prince claims to have an “intuitive connection” with Hollywood actress Nicole Kidman. “We’ve never met, never talked on phone, never exchanged e-mails, but she is aware of my presence and I’m of hers,” he observed. But why Nicole Kidman? Why not Angelina Jolie or Julia Roberts?

“I feel very true with Nicole,” a smile flashed below the Prince’s twirled moustache. Pepsi snuggled its head deeper into his lap. “When we’ll start talking on phone, our intuitive connection may vanish.”

Did he meet Ms Kidman when she was in Udaipur for a film shoot in March, 2009? “No, but we experienced each other’s close proximity.”

The breakfast done, the Prince took me upstairs. The panel was decked with vintage rifles. There was a large portrait of the Prince’s grandfather, a dead tiger under his feet. In the bedroom, two empty wine bottles stood on the dressing table, a 1996 society magazine lay on the desk, and a paperback of Sidney Sheldon’s Memories of Midnight was turned upside down on the Prince’s undone bed. On the wall: the classic Gone With the Wind portrait of Vivian Leigh and Clark Gable.

“The stars which shine in the night belong to me,” the Prince mumbled while staring at Ms Leigh. “Once we meet, Nicole will get those stars." The Prince is also preparing the actress’s horoscope. “After I hand it to her,” he said, “she’ll survive for 36 more years.”

These life-and-death claims must have been made with some good reason. After all, the Prince has seen the world. “I studied at Mayo College in Ajmer,” he said, “later I went to Kentucky to do an internship on horses, then I trained race horses in Bangalore, Delhi and Huntington in UK, and finally I returned to Udaipur in 2007.”

What about his family? “I’m a bachelor,” the Prince said.

“I swim daily,” the Prince waved his arm. “Then I’ve property dealings in Bombay, a court case going on in Devigarh, and I’m also into extreme sports, and then I’ve to work on my religion.”

As I was getting out of the palace gate, the Prince called out from the terrace, “You should know that the title of the Prince was officiated to me by the Rajasthan High Court and by the Supreme Court in Delhi.” Pepsi barked cheerfully and went inside. 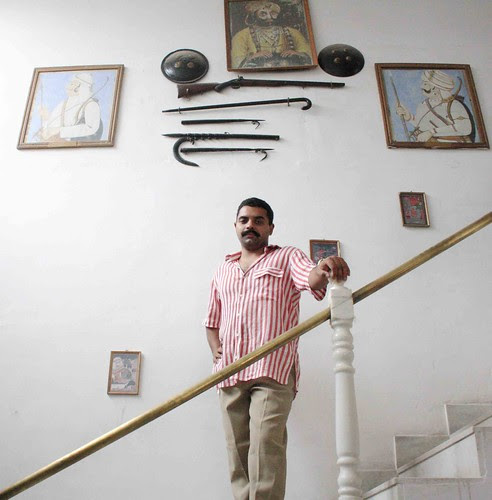 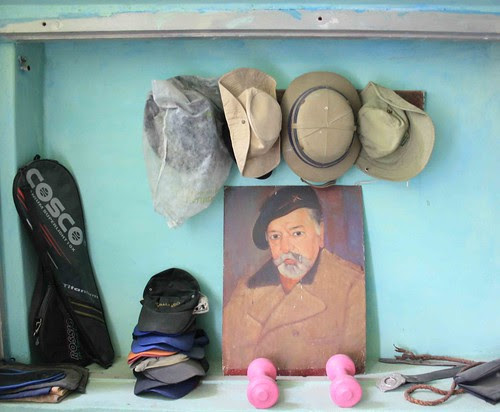 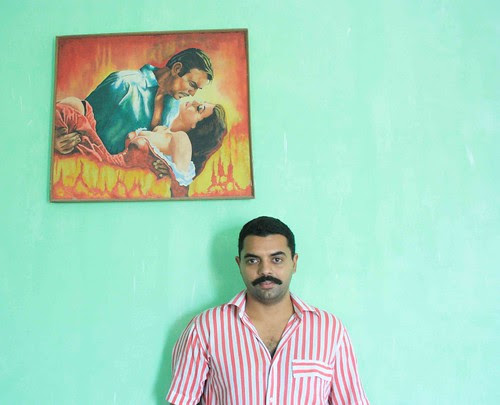 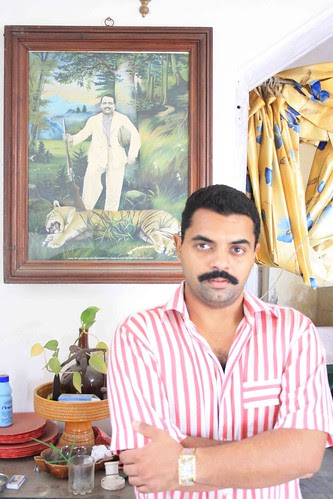 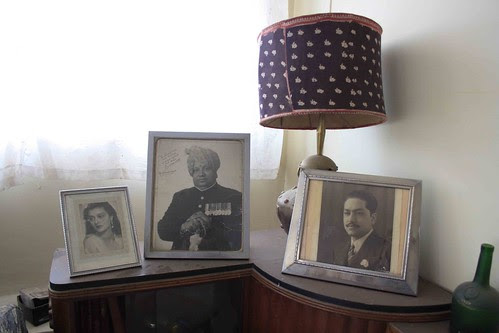 The owner of the sun rays, the moon rays and the stars 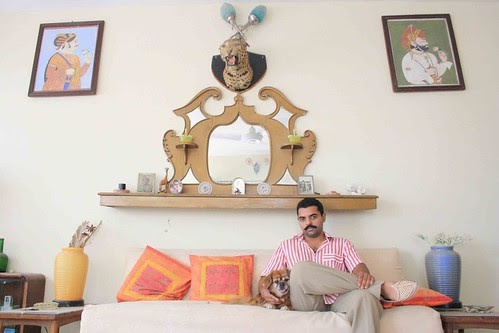 Posted by Mayank Austen Soofi at 10:27 AM

i would rather not own any kind of rays whatsoever.

that is what today is left of royalty.. they own the rays..sun moon stars..yeahh!!sure!! hes so kind to us subjects that he doesnt charge a tax for using his rays.. thnx RANN SA!! wake up and get out of ur amar chitra katha!!

That was kinda vain of him.
you could have boasted that you are the great-great-grandson of the former Maharajah of the erstwhile kingdom of Tripura, and that way, connected to Maharani Gayatri Devi, Riya, Raima and Moon Moon Sen. i use that a lot. works most of the times too.

they r searching,their glorious past
so sadddddddd
he is so lonelyyyyyyyy
may GOD in ko kuch akal de...

This is what makes India interesting. Can you imagine meeting such characters, so incredible, yet so sure themselves in their thoughts and beliefs, in any of the more `reational' societies?

Thanks Mayank for this little peiece. What's life without eccentrics?

Gosh the guy must be really lonely...wish he found someone TO TALK WITH...

The Line of Beauty said...

lol...he is crazy...i am sure he is sexually frustrated :)