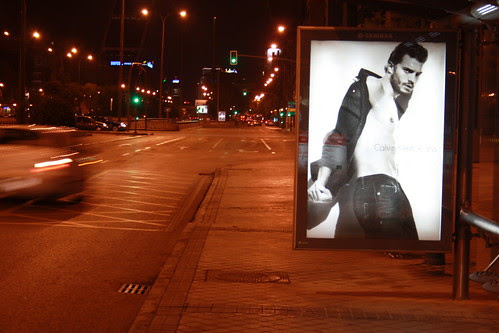 Time out in the Spanish Capital.

This is the first time The Delhi Walla is going to Europe. Exciting. There is no direct flight from Delhi to Madrid. Great. This Finnair flight will first fly to Helsinki. Doubly exciting. I'm getting a window seat. Triple exciting.

The plane is lifting up. Delhi is getting smaller. Dwarka flats are fading into square shaped farm fields. Another half-hour and I’m looking down into Lahore (Pakistan Paindabad!).

Is that Ghaddafi Stadium?

A few more minutes and I’m a few miles above the rugged country of Khyber Pass. Robrt Fisk and other reporters crossed this frontier to go to the Other Side. Now my turn.

This Other Side is the country no one has yet defeated. The rolling hills, the brown deserts, the giant folds, the remote snow peaks. Violent, elemental. An eye for an eye; a woman for a cattle. I want this plane to crash here. I want to be in Afghanistan.

But the plane is flying into Central Asia, zooming above places that have dropped off the map. Tashkent, Bokahara just below me. Tiblisi a little further to the left. Ditto, Esfahan. Landscape, from the window: barren, brown.

Now, Russia. Very close to Ekaterinburg. The Last Tsar and his family was killed there. To the left – Sochi, the summer capital of Khrushchev’s Russia.

Soon: the real Russia. The grassy flat land, the thick woods, the cloudy sky. A countryside belonging to the Karamazov brothers. A sudden craving for Chekhov’s The Seagull.

Moscow approaching. The plane skirting the city. So, no Kremlin sighting. But it will shoot straight over St. Petersberg.

Looking down again. This wild stretch between the two cities is Russia’s heart, the soul of War & Peace and Anna Karenina.

The plane descending in Helsinki (woody, red-topped houses, lakes). Everything too-perfect. Even the woods, outside the airport, too tamed: straight row, same height. The airport is clean with glass windows, coffee shops and business class lounges. Delhi’s has started looked like this.

Waiting for the connecting flight at gate No. 21. The bookstores have no Russian classics. The newspaper kiosk has no The New York Times. Missing Khan Market.

The plane comes, flies. Germany, France, Spain. Evening. Destination. Barajas airport too huge. Too few people. Taking a cab. The driver speaking Spanish, drinking beer. He can't understand me. I can't get him. Hardly any traffic. And it's starting to rain. 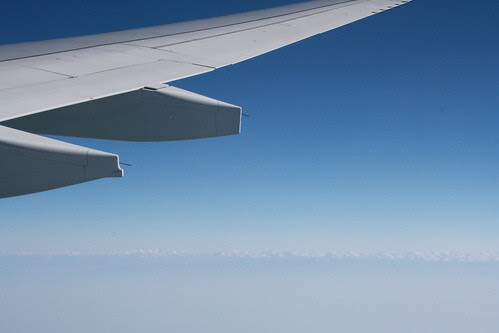 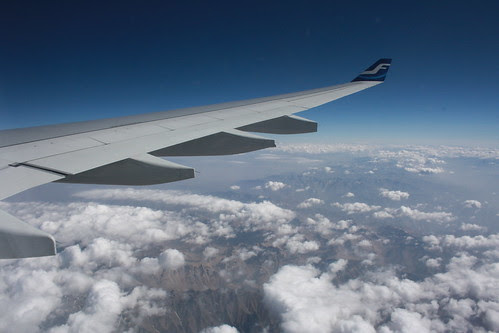 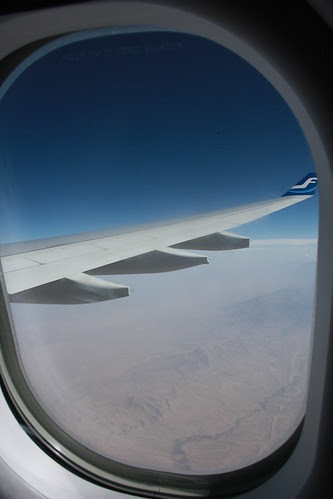 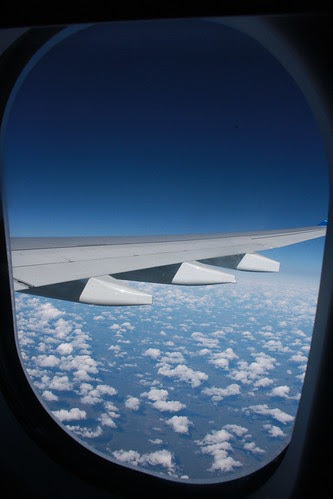 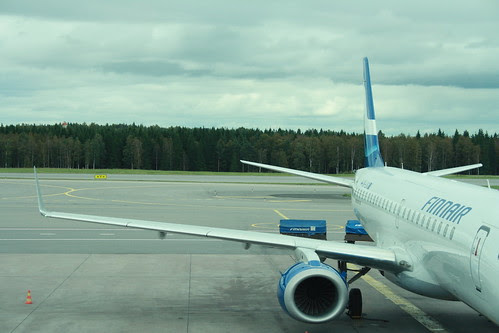 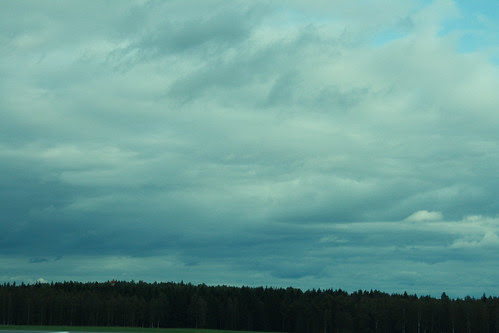 Posted by Mayank Austen Soofi at 10:08 AM

Looking forward to the next installment. Are you "Lost in Translation"?

:) have a great and eventful trip

I am so super excited....have a great time exploring and absorbing the places,people and culture...Its also one of my dream destinations...and yes "the lost is Translation' is a beautiful feeling...in itself...

My God, you are in Europe!I am as excited as you are, because I emphatise with you and love to imagine myself into your skin to feel (imaginary) the same supposed impressions...
As we say, the ice started to crack - meaning that from now on some new paths are opened. Maybe you will come to Romania in the end.

How about telling us why you're in Spain? Business or pleasure?


hav a mast ID