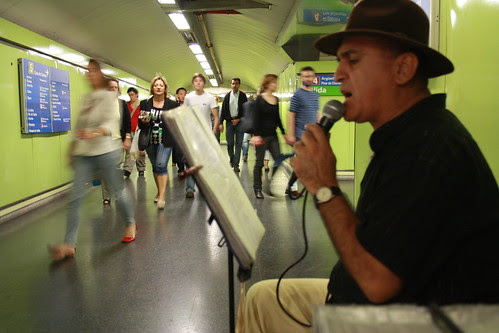 Time out in the Alonso Martinez stop.

Most of these metro station musicians are not Spanish. They come from either east European countries like Russian and Poland, or they arrive from Latin American nations. They are men, women and boys, also. They sing, or play their guitar or violin and earn through donations by grateful commuters.

These images are from Alonso Martinez station, a junction with three lines. While the commuters walked past them, these singers, when really in the mood, would close their eyes, and sing in such a way as if nothing and no one exist except their music. They would jerk their head, wave their arms and transform their faces into a landscape of various sentiments. Then they look very beautiful.

Sometimes the station would be empty and their sound would echo through all the levels. The east Europeans often play classical music while the Latinos are more contemporary.

Not anyone could come in, sit down in the corridor and start playing the violin. The singers are given a special permit by the Metro authorities after being subjected to a test. So what comes streaming into your ears when you are rushing to get your connecting metro for Hospital Infanta Sofia or Puerta Del Sur are melodies by real accomplished artists. Lucky Madridis. We must get skilled musicians in our Delhi Metro, too. 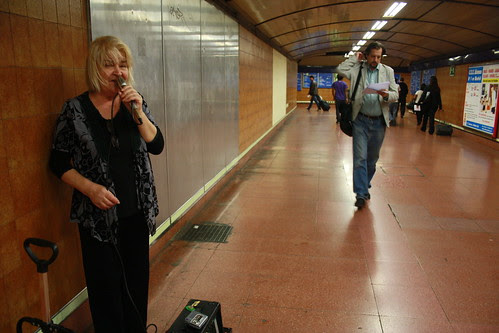 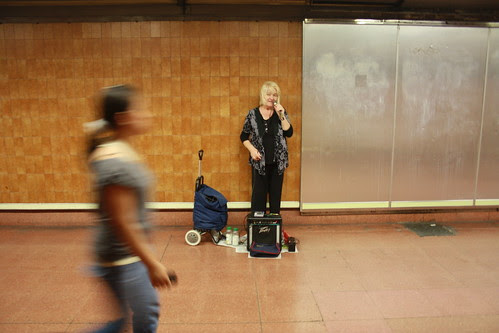 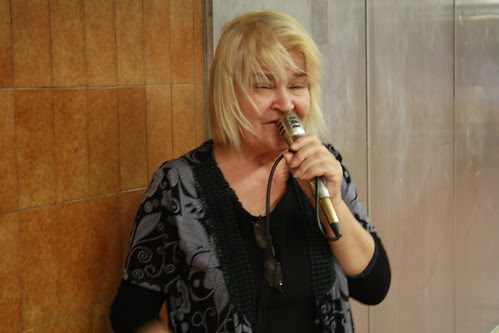 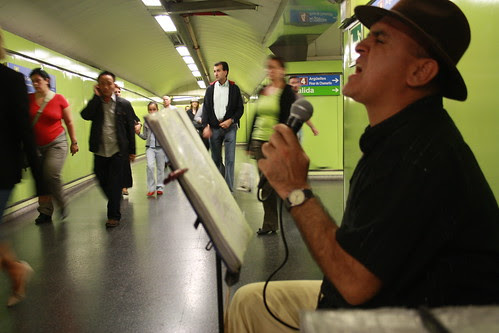 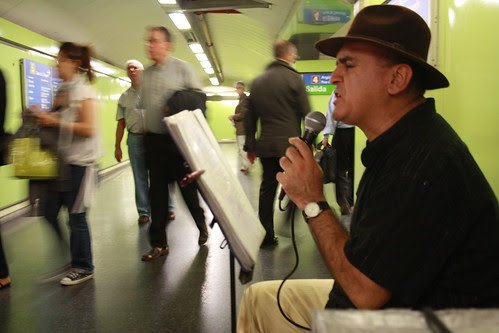 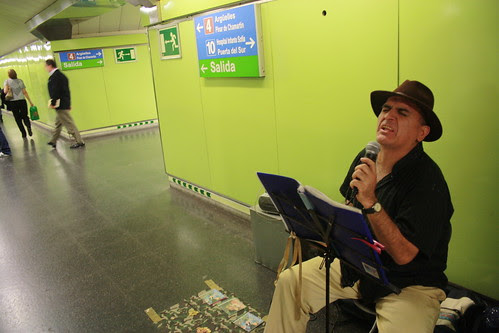 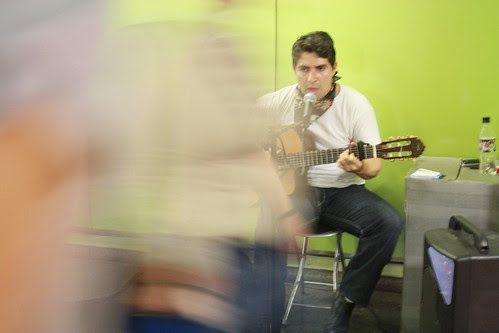 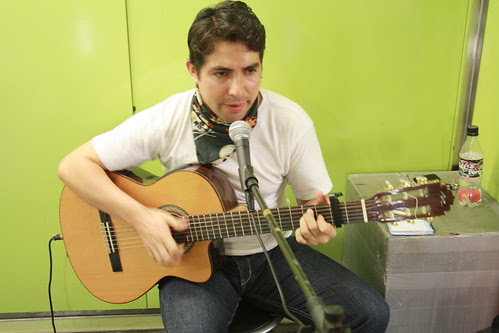 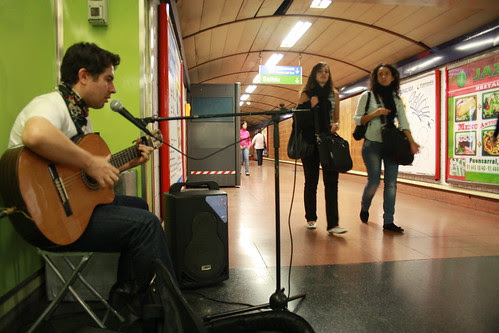 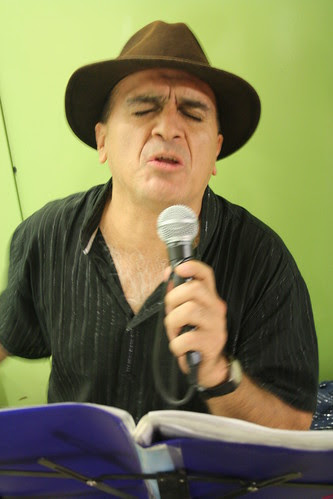 Posted by Mayank Austen Soofi at 11:11 AM

"these singers, when really in the mood, would close their eyes, and sing in such a way as if nothing and no one exist except their music."


This sentences for me like was God send...gave me one of the many boosts i got today,a sign for me to focus ,and not get perturbed by the renovation which is going on in my house..

Truly nice to have "good singers" at Metro Station or for that matter anywhere on the face of this earth...

after reading "We must get skilled musicians in our Delhi Metro, too." ,the instant thought that crosses my mind is:

100's of harmonium playing people singing loud enough to damage ur eardrum and running after u for money ..


Hope you plan to return Delhi soon,so that we can find diffrent shades of "Delhi", most of which remains unseen usually !!!!

REVISITING YOUR BLOG AFTER QUITE SOME TIME. INTERESTING BLOG. ARE YOU ON VACATION OR IS THIS A PERMANENT MOVE(FOR WORK?)? HOPE NOT..I ENJOY YOUR POSTS ON DELHI.