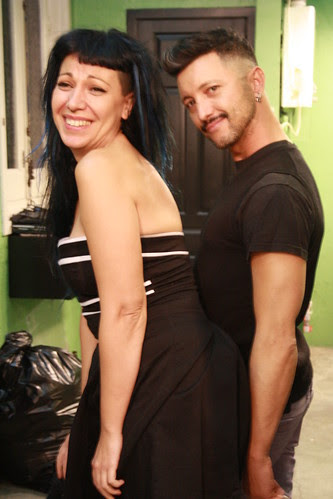 Time out in the Spanish Capital.

Unlike in the Delhi Metro, doors in the Madrid's do not open automatically. You have to press the green button when the train stops at the station. Also, unlike us Delhiwallas, Madridis do not storm in like jungle beasts.

That said the Madrid Metro does not have many rules. No special seats for women. No bar on sitting on the floor. No ban on eating. The Display of Public Affection is common and creates no fuss. When I boarded the train at Begona stop, a couple, standing next to the door, was busy kissing. When I stepped out at Chueca after some ten minutes, their lips were still interlocked. Out there in the platform was another pair - clinging tightly to each other. One more pair was spotted on the station's escalators - again kissing.

No wonder then that the Madridis are warmer than Delhiwallas. They often made eye contact with me and followed it by a smile. This happened in the hotel elevator, in the streets, in the metro, and even in restrooms. Madridis are also more helpful. The lady behind the counter at Begona metro station came out to give me a free rail map. The man in a roadside takeaway in Chueca gave me an extra sandwich as gift. The cab walla at Pasarela Cibeles filled up an entire page while explaining how to get to Cuesta De Moyano, Madrid’s bookshop mecca.

In the evening I strolled in Chueca and thought it to be a happy-happy district. There were cobbled pathways, cafes, bars, sex shops, more cafes, more bars, more sex shops. Most people were walking; some were on skates. Many were with lovers or friends; others with their pets. A few were alone. However, they had a swagger that suggested of the confidence of meeting a lover later in the night.

It is easy for Indians to melt in the Madrid crowd. Even though I'm nutty brown, I was repeatedly taken as a local and so addressed in Spanish. This could be because Spanish people have that brown tinge on their gora skin making them look like Punjabis or Kashmiris. Many of whom I saw were eye-candies.

Chueca itself is an eye-candy hotspot. Elegant old apartments, arty graffitis, pavement benches, and walkways rolling up and down the slopes. There were telephone parlours advertising cheap calls to Cuba, Venezuela, Argentina and Peru. But I hardly saw any bookstore!

I did see Madrid's top hoity toities during the morning in Pasarela Cibeles. An exhibition complex like our Pragiti Maidan, it was hosting Madrid Fashion Week to attend which I had managed to get a pass. Once inside, it was like being flown back to a page-3 party in Delhi. There were the designer types exchanging bitchy glances, the size zero-ish models showing off their cleavages, and the flamboyant gay men flaunting their gayness. The rest were like your typical South Delhi folks - rich, groomed and boring.

At the day’s end I returned to the hotel and looked down into the city lights from my 21st floor window. A few cars were zipping up and down the avenues. Otherwise everything was silent. 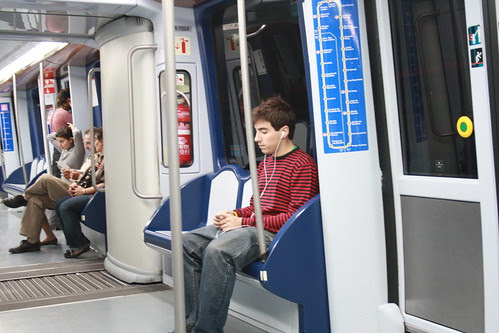 The rich and the beautiful (Madrid Fashion Week) 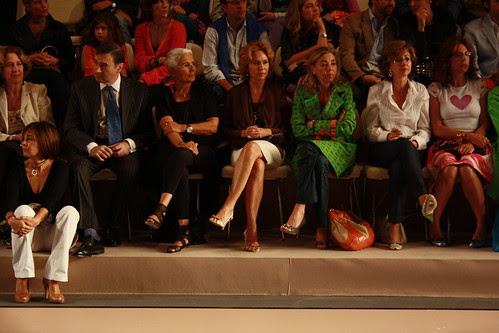 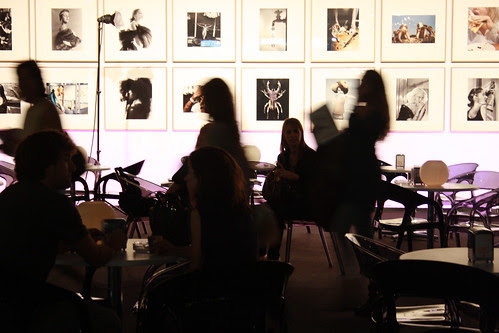 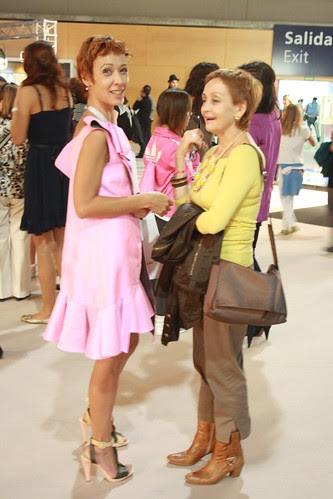 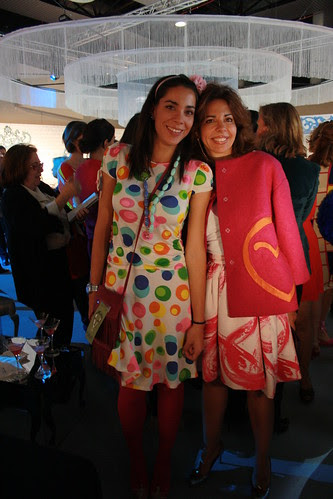 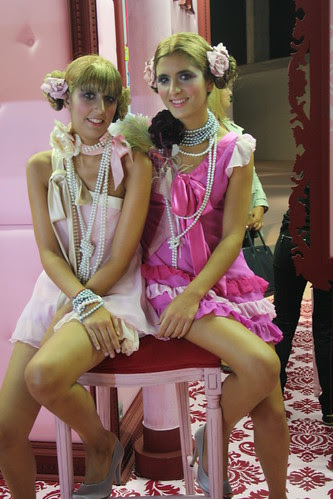 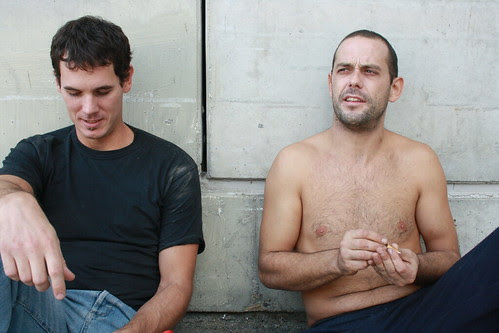 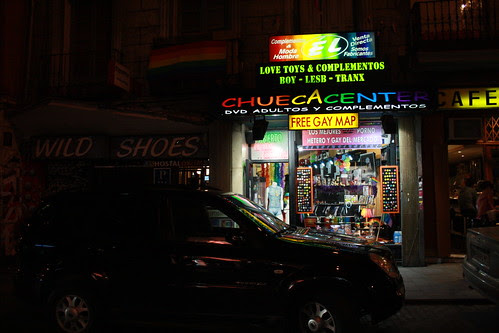 Look at this! (Chueca) 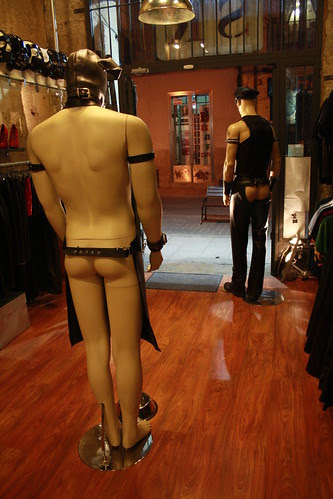 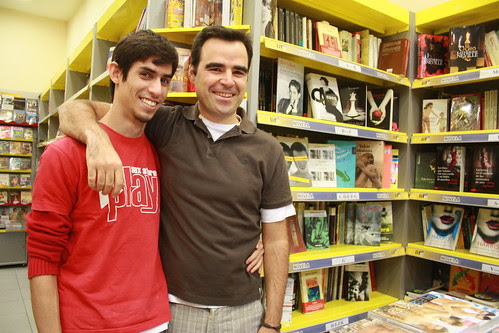 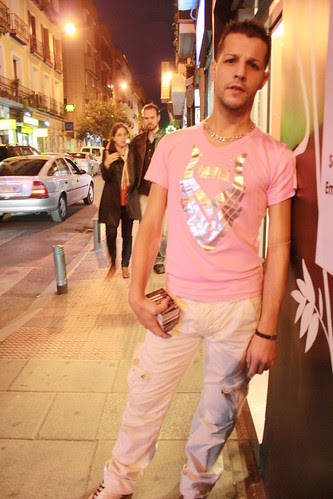 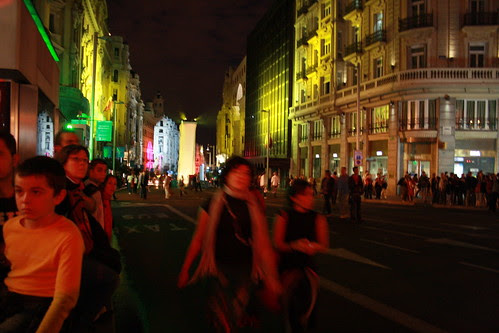 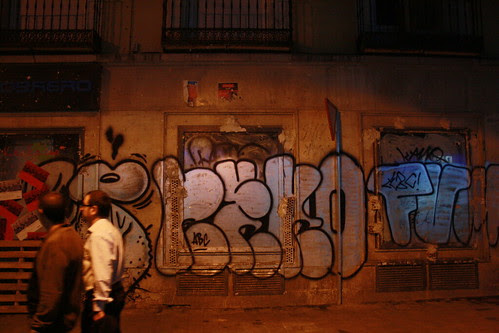 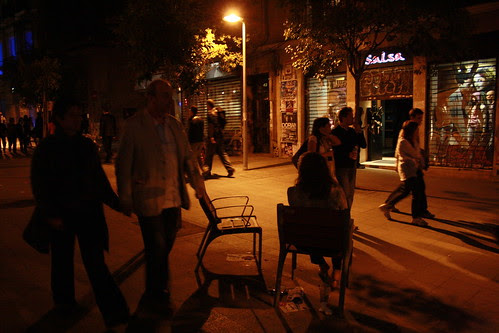 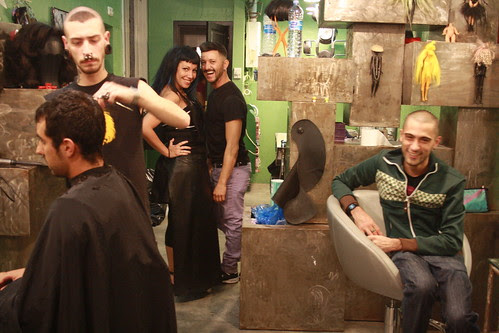 Ooooh, I like the sentence where you said South Delhi people are rich, groomed and boring! Ha Ha!

Have a great time in Spain bhai! Keep us posted... Great pictures.

Madrid looks great. the Madridis even more.
'specially the hotties.;)