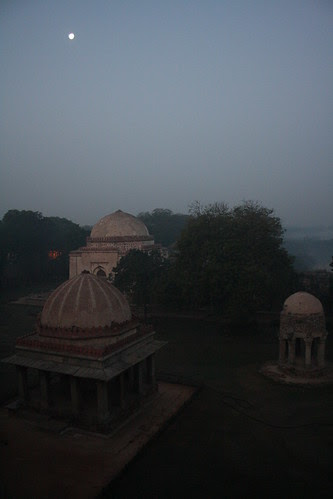 The arched entrance of the modestly built gateway opens into a grassy expanse. Unknown tombs and domed chhatris lie on the garden. On the right are more ruins: the broken walls, the pillared halls and the dark corridors. They face a lake - the focal point of Hauz Khas's existence.

In early 14th century, a ruler called Allauddin Khilji excavated a water reservoir here for the people of nearby Siri, the second city of Delhi. Then Khilji died, time passed, his dynasty faded and the reservoir was filled up with silt. It was re-excavated by another Delhi ruler, Firuz Shah Tughlaq, who added a madarsa (Islamic school) and a mosque. One of the most elegant sites in Delhi, the madarsa's principal hall has delicately carved balconies and kiosks projecting out to the lake. The contemporary chronicler Barni compared it to "the palaces of ancient Babylon". Delhi poet Mutahhar of Kara found it "a soul-animating courtyard".

It is fitting that Tughlaq’s tomb (circa 1388), a domed structure measuring 13.56 sq.m, soars above the rest of the ruins. Inside, there are three more graves beside Tughlaq's.

However, if history feels dense and oppressive, then forget the kings and hang out in the balconies (careful, they don’t have a barricade) and listen to the fluttering of pigeons; or look out into the lake and hear the ducks squeak. Local visitors – college students and lovers – playfully whisper or whistle to hear the echo that falls off the side-walls in Tughlaq's tomb, which have openings into the rest of the inter-connected complex. Since parts of the ruins have been completely destroyed, the stone stairs lead up and down to nothing; sometimes ending up in the thin air. That's fun. 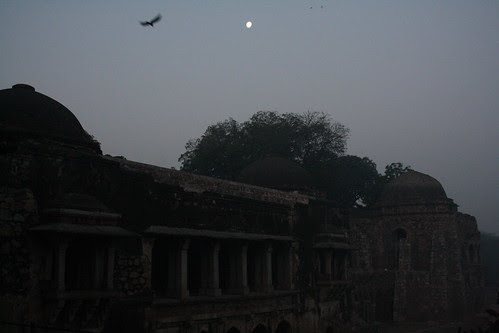 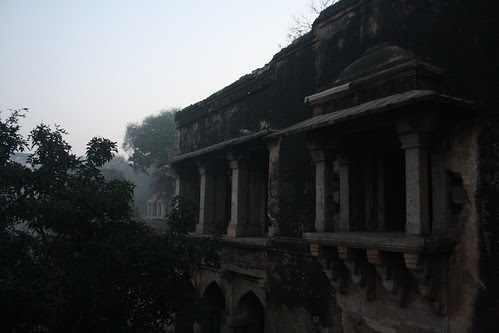 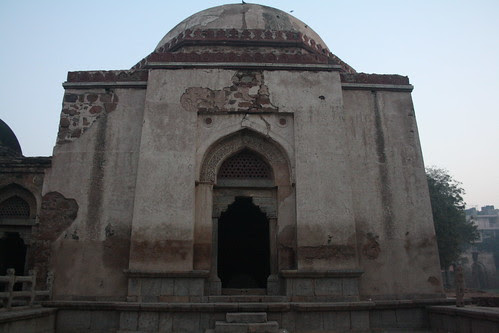 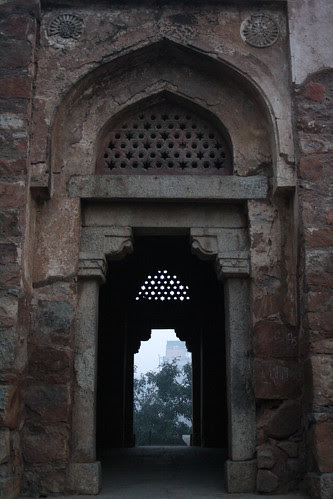 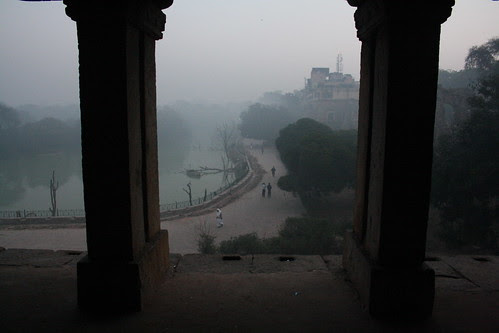 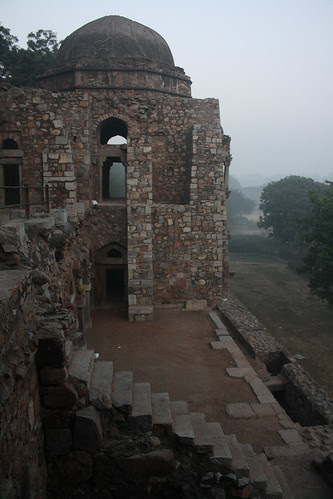 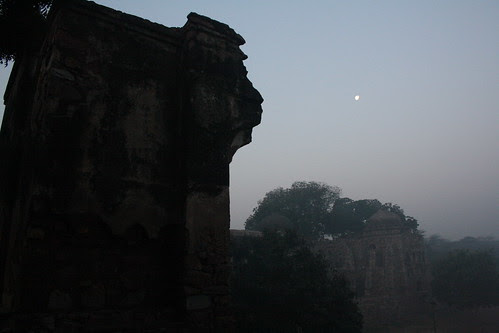 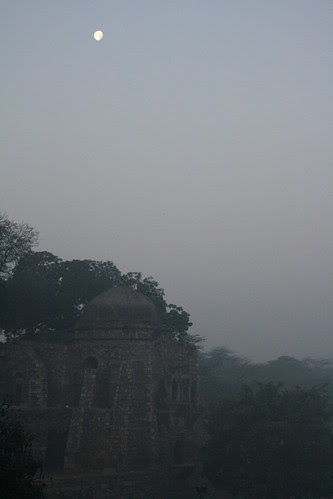 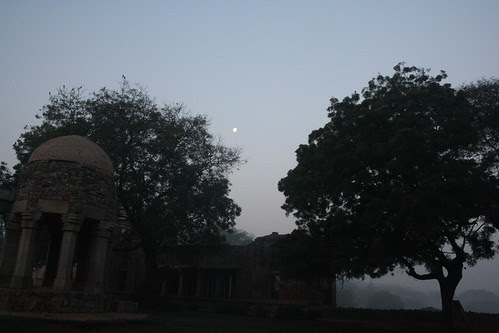 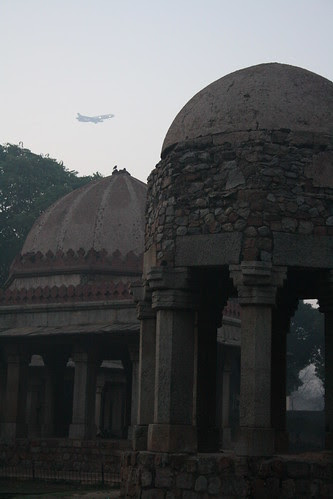 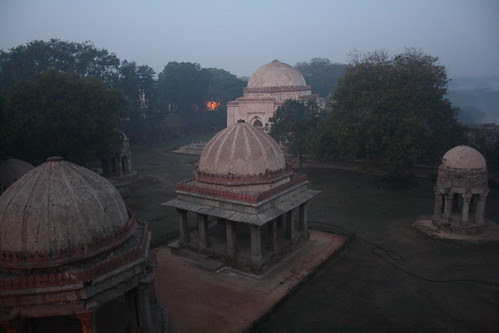 Posted by Mayank Austen Soofi at 10:48 AM

hi...have been surfing on your blog a while...but commenting the first time. Very interesting perspective, both in photos and subjects that you choose..i write too, but only a personal blog ( www.soul-kitchen.blogspot.com)
Keep up the good work

Hi...I have been studying in the village for three years..We would be every second day here...Its one of the most peaceful place...one can hang around in delhi. The whole of the village has such a character...its always good to be there....and you are the lucky one to be residing there.I envy you for that...
(thats me from costa,green park)

Sitting in these ruins, I once saw something I'd never seen before in my life. I heard it, actually: among the rustle of wings as a flock of birds flew past, a loud snap as a pigeon and a parrot collided in midair. I looked up in time to see the parrot crash into the bushes.

After a few minutes, my wife and I went down to reservoir level and found the parrot trying to claw its way out of the bush. It wasn't using its wings for leverage or anything else. Sadly, I have no doubt as to what happened to the poor creature once night fell.

I have a fever called Delhi. Since I left the city 10 years ago, it has become a slow, burning obsession. Every time I feel the fever break, I come here to read the DelhiWallah's words and my melancholy is renewed. Does anyone know where I can buy pre-partition maps of Delhi?